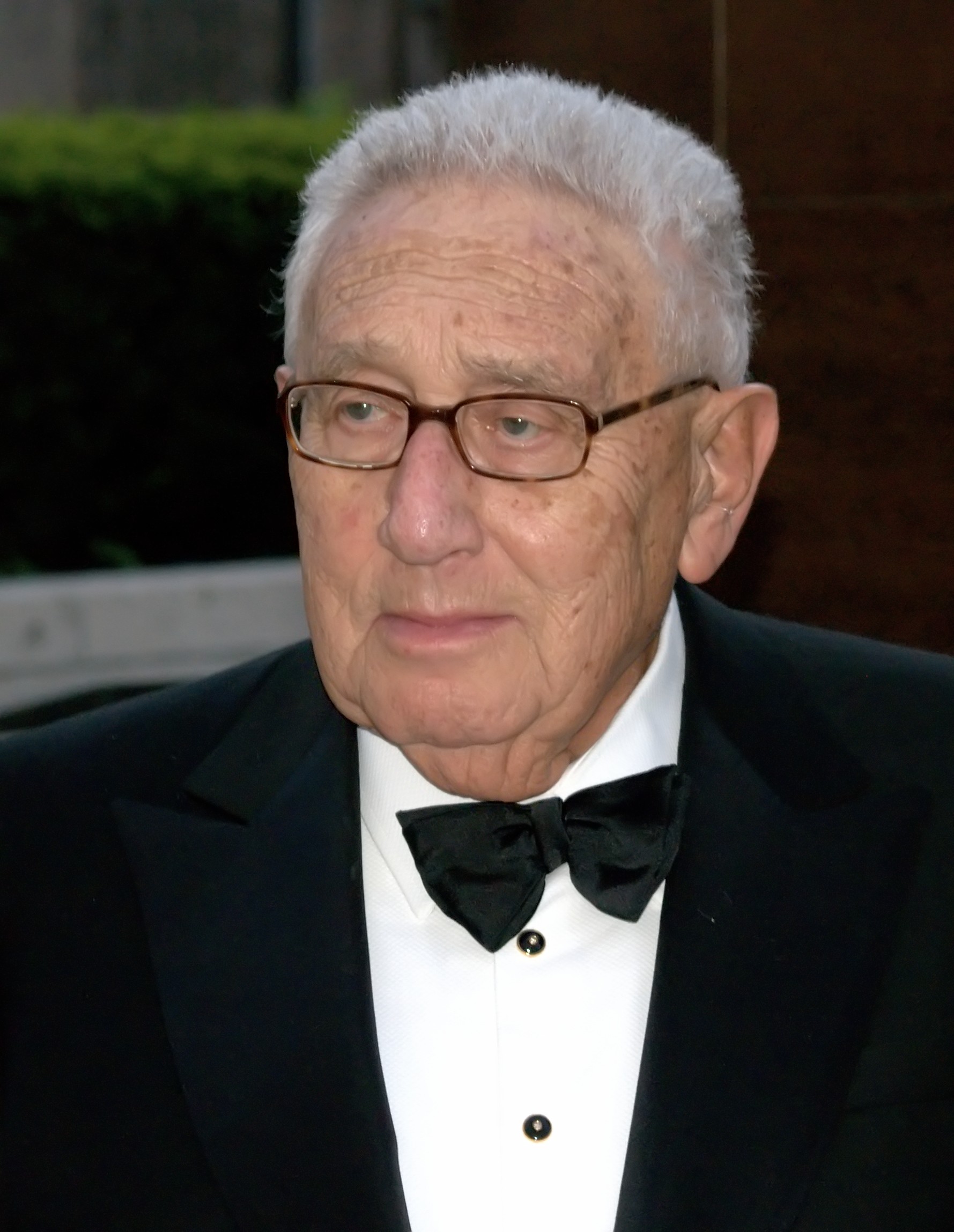 "Henry Alfred Kissinger" is an Germany/German-born American diplomat and political scientist. He served as National Security Advisor (United States)/National Security Advisor and later concurrently as United States Secretary of State/Secretary of State in the administrations of Presidents Richard Nixon and Gerald Ford. For his actions negotiating the U.S. withdrawal from Vietnam, he received the 1973 Nobel Peace Prize (shared with Le Duc Tho, who refused the prize). After his term, his opinion was still sought by some subsequent U.S. presidents and other world leaders.

A proponent of Realpolitik, Kissinger played a prominent role in United States foreign policy between 1969 and 1977. During this period, he pioneered the policy of détente with the Soviet Union, orchestrated the opening of Sino-American relations/relations with the People's Republic of China, and negotiated the Paris Peace Accords, ending American involvement in the Vietnam War. He is the founder and chairman of Kissinger Associates, an international consulting firm. Kissinger has been a prolific author of books in politics and international relations with over one dozen books authored.

Moderation is a virtue only in those who are thought to have an alternative. 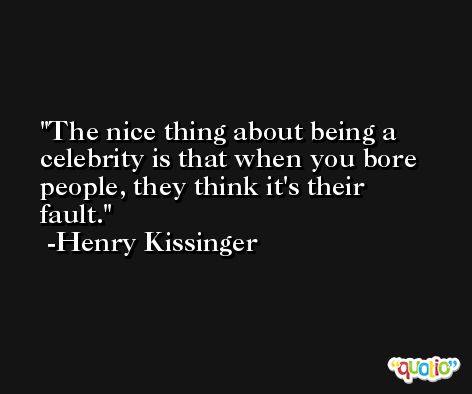 Power is the great aphrodisiac.

Each success only buys an admission ticket to a more difficult problem. 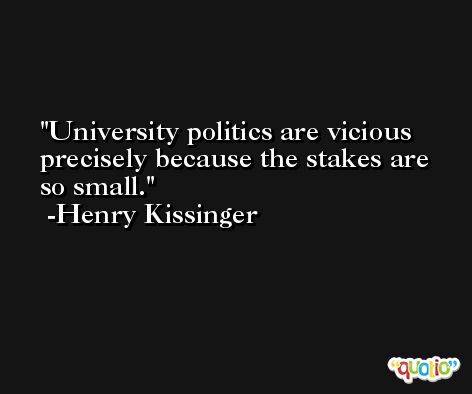 Ninety percent of the politicians give the other ten percent a bad reputation.

Any fact that needs to be disclosed should be put out now or as quickly as possible, because otherwise the bleeding will not end. 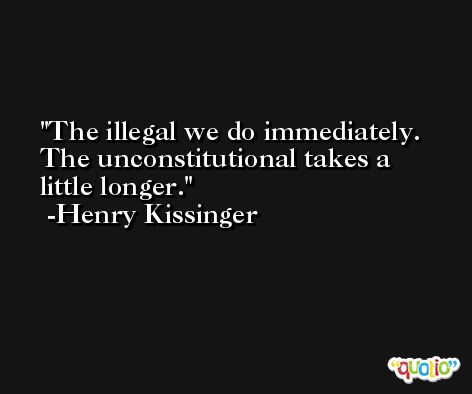 Every civilization that has ever existed has ultimately collapsed.

The absence of alternatives clears the mind marvelously. 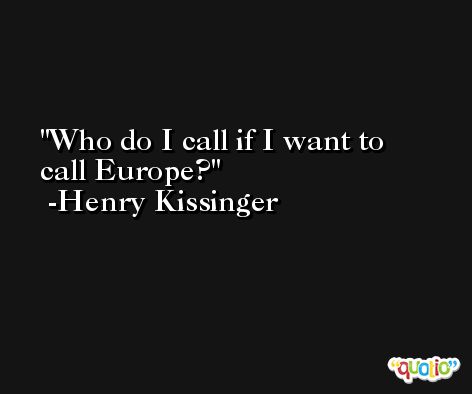 History knows no resting places and no plateaus.

A crisis does not always appear to a policymaker as a series of dramatic events. Usually it imposes itself as an exhausting agenda of petty chores demanding both concentration and endurance. 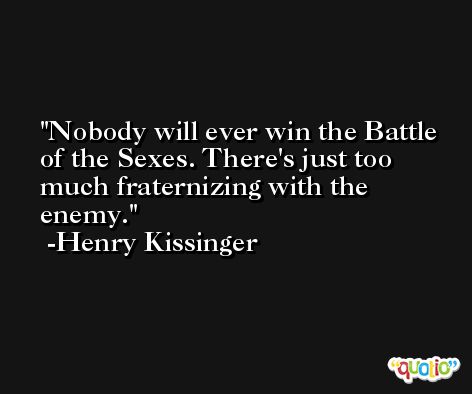 The task of the leader is to get his people from where they are to where they have not been.

There cannot be a crisis next week. My schedule is already full. 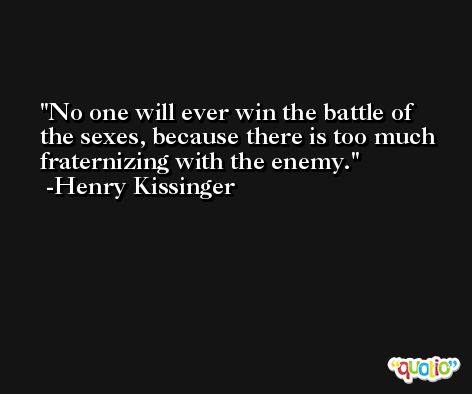 If you do not know where you are going, every road will get you nowhere.