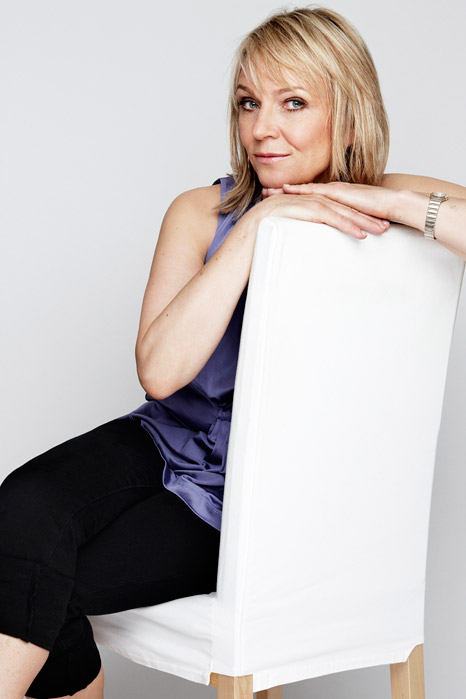 "Helen Fielding" is an English novelist and screenwriter, best known as the creator of the fictional character Bridget Jones, a sequence of novels and films that chronicle the life of a thirtysomething Single person/singleton in London as she tries to make sense of life and love.

Bridget Jones's Diary and Bridget Jones: The Edge of Reason have been published in forty countries and sold more than 15 million copies. The two films of the same name have achieved worldwide success. Bridget Jones’s Diary was named as one of the ten novels that best defined the 20th century, in a survey conducted by The Guardian newspaper.

In November 2012, Fielding announced she had begun writing the third installment in the Bridget Jones series. Bridget Jones: Mad About the Boy was published in Autumn 2013.

If you enjoy these quotes, be sure to check out other famous writers! More Helen Fielding on Wikipedia.

I recently bought a house in L.A., and I was so pleased with myself. I thought I had arrived and I was going to be glamorous and live in Hollywood and it was going to be marvelous. Cut to six weeks later. The first time it rained the ceiling collapsed. 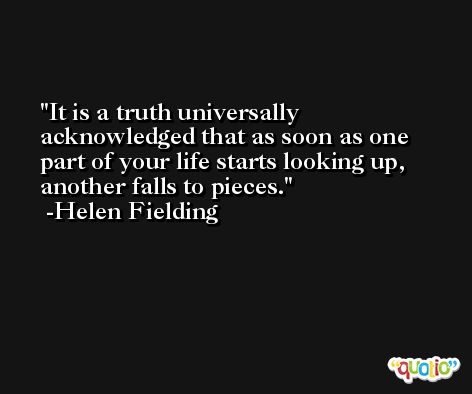 I wasn't involved in the casting at that state, but I think it was a good idea. I think she's one of those actresses where you can dress her up or dress her down. She can be very beautiful or very ordinary- looking and I think that's really important with Bridget. And I've heard she's very funny, but I've never met her.

I've only done some work on (the screenplay), and I find it very difficult, actually. Because you can really get away with murder in a book. You write 'round so many things, you can describe people, you can explain things. A screenplay is actually very short. It is only, like, 110 pages long and it's very spread out and every line has to do so many jobs, so I found it really hard. 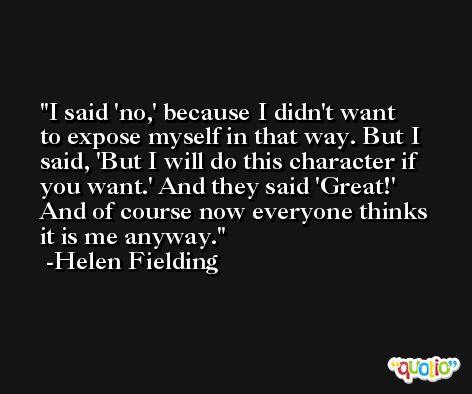 Dieting on New Year's Day isn't a good idea as you can't eat rationally but really need to be free to consume whatever is necessary, moment by moment, in order to ease your hangover. I think it would be much more sensible if resolutions began generally on January the second.