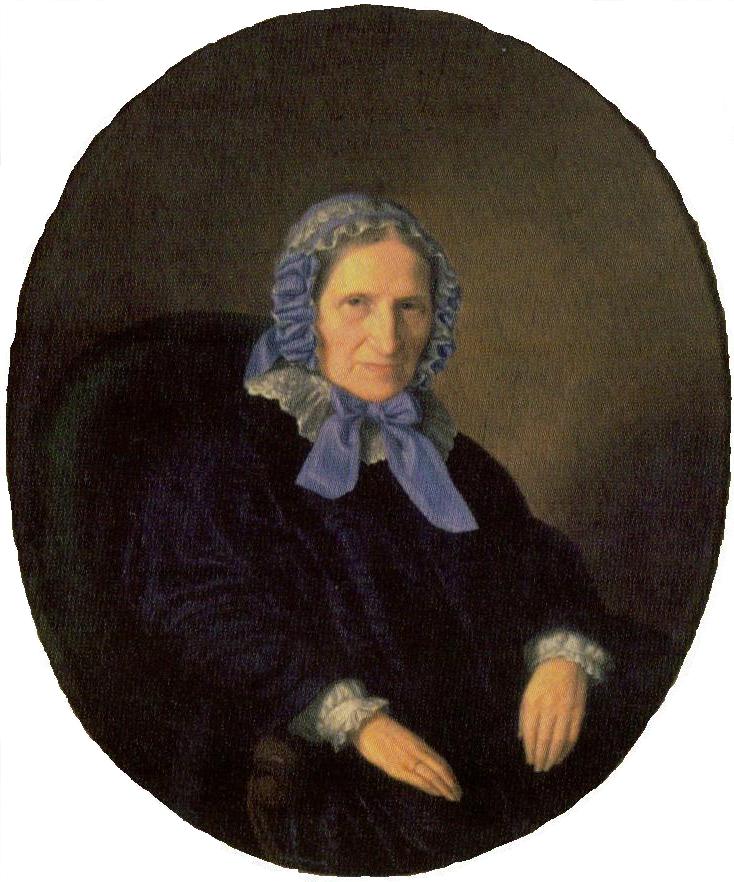 "Christian Johann Heinrich Heine" was a German literature/German poet, journalist, essayist, and Literary criticism/literary critic. He is best known outside Germany for his early lyric poetry, which was set to music in the form of Lieder (art songs) by composers such as Robert Schumann and Franz Schubert. Heine's later verse and prose are distinguished by their satirical wit and irony. His radical political views led to many of his works being banned by German authorities. Heine spent the last 25 years of his life as an expatriate in Paris.

If you enjoy these quotes, be sure to check out other famous poets! More Heinrich Heine on Wikipedia.

Ordinarily he was insane, but he had lucid moments when he was merely stupid.

Dieu me pardonnera. C'est son m'etier (God will forgive me. It's his profession). 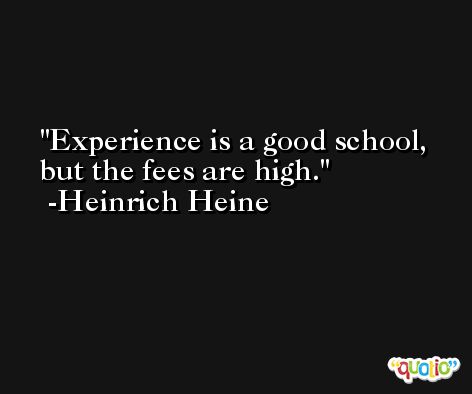 Be entirely tolerant or not at all; follow the good path or the evil one. To stand at the crossroads requires more strength than you possess.

Like a great poet, Nature knows how to produce the greatest effects with the most limited means. 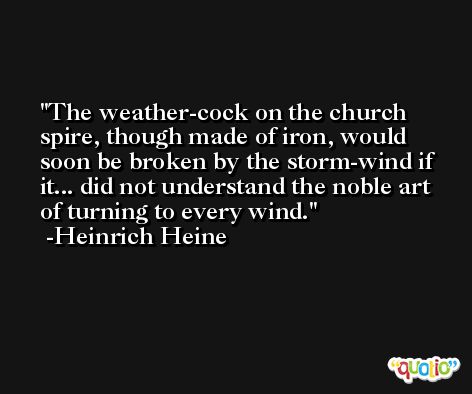 The Romans would never have found time to conquer the world if they had been obliged first to learn Latin.

Dieu me pardonnera. C'est son metier. (God will forgive me. It's his job.) 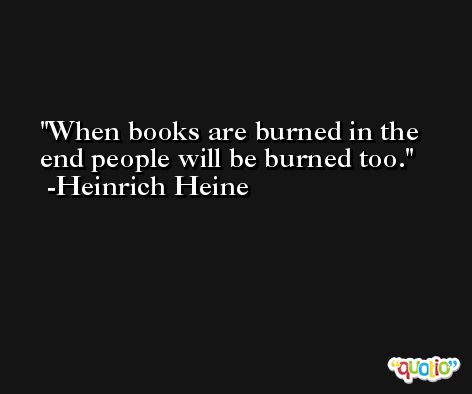 Talking and eloquence are not the same: to speak and to speak well are two things. A fool may talk, but a wise man speaks.

I fell asleep reading a dull book and dreamed I kept on reading, so I awoke from sheer boredom. 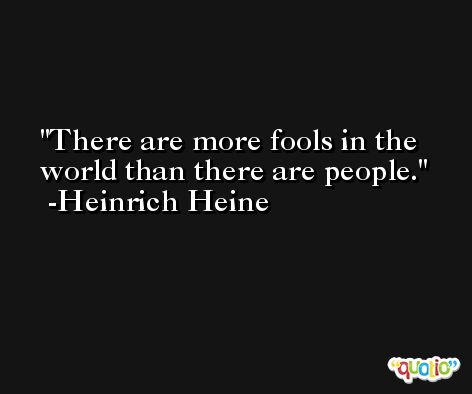 Where they have burned books, they will end in burning human beings. (Dort, wo man Bücher verbrennt, verbrennt man am Ende auch Menschen).

The music at a wedding procession always reminds me of the music of soldiers going into battle. 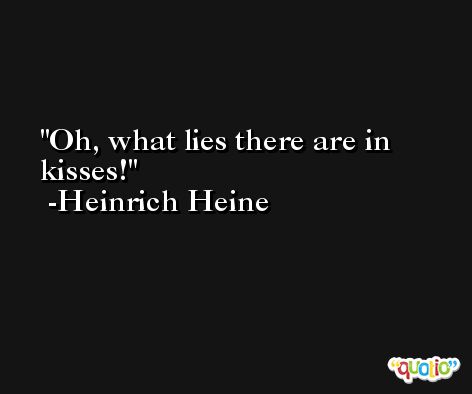 It is extremely difficult for a Jew to be converted, for how can he bring himself to believe in the divinity of - another Jew?

He only profits from praise who values criticism. 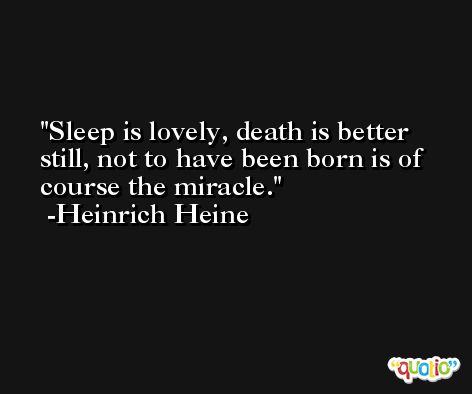 It is a common phenomenon that just the prettiest girls find it so difficult to get a man.

One should forgive one's enemies, but not before they are hanged.