"Hassan Nasrallah " has been the third Secretary General of the Lebanon/Lebanese political and paramilitary organization Hezbollah since his predecessor, Abbas al-Musawi, was Targeted killings by Israel Defense Forces/assassinated by the Israel Defense Forces in February 1992. Hezbollah has since Hezbollah#Designation as a terrorist organization or resistance movement/been designated a terrorist organization, either wholly or in part, by the United States, France, the Cooperation Council for the Arab States of the Gulf/Gulf Cooperation Council, United Kingdom, Australia, New Zealand, Canada, the Netherlands, the European Union and Israel. Nasrallah is often referred to as "al-Sayyid Hassan" (}}), the honorific "Sayyid" denoting descent from the Islamic prophet Muhammad through his grandson Husain ibn Ali.

If you enjoy these quotes, be sure to check out other famous activists! More Hassan Nasrallah on Wikipedia.

The protests must be pursued everywhere. Bush and Rice should keep quiet and we tell them that we will not forgive those who offend our Prophet.

Efforts for compromise are being made while the offensive campaign is gathering steam and more newspapers are publishing the cartoon. There will be no compromise before we get an apology. 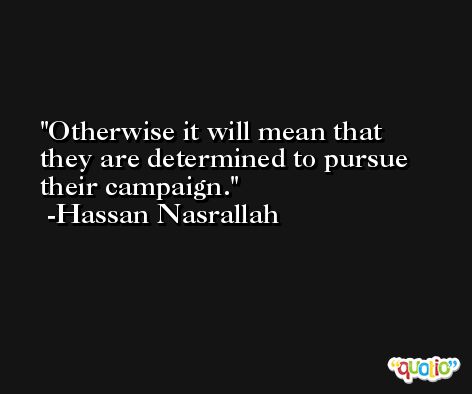 I am certain that not only millions, but hundreds of millions, of Muslims are ready and willing to sacrifice their lives in order to defend the honor of their prophet. And you are among them.

Syria has a strategic position in the region, I don't deny her role, her alliance with the resistance or our friendship with her although that many Lebanese pretended to have forgotten that there is an enemy called Israel which is still targeting us and constituting a danger to the Lebanese people. 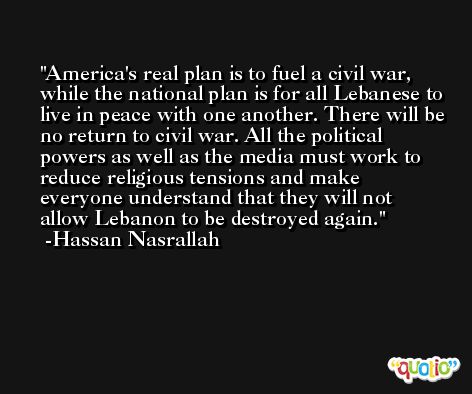 There will be no compromise before we receive an apology.