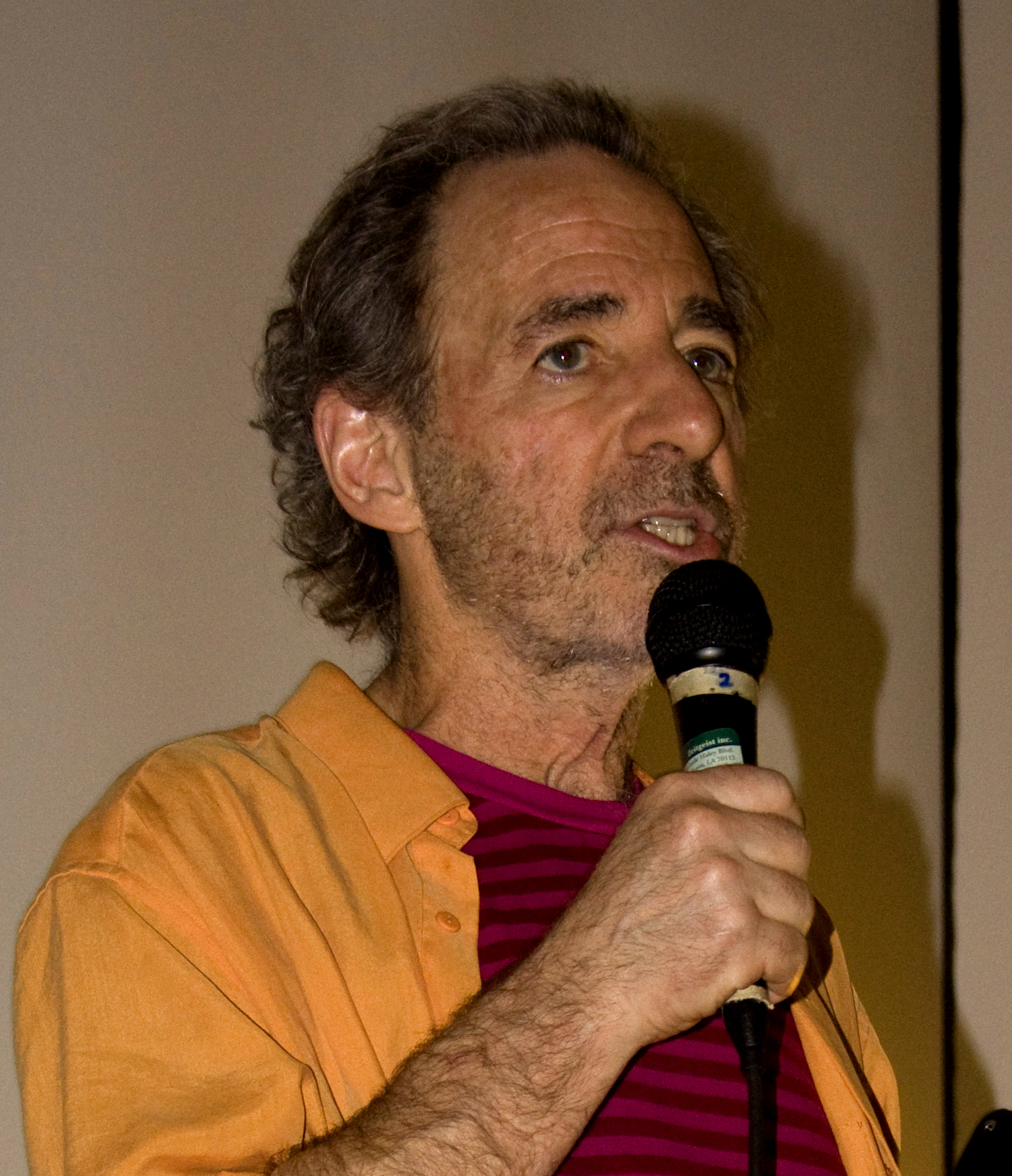 "Harry Julius Shearer" is an American actor, comedian, writer, voice artist, musician, author, radio host and director. He is known for his long-running roles on The Simpsons, his work on Saturday Night Live, the comedy band Spinal Tap (band)/Spinal Tap and his radio program Le Show. Born in Los Angeles, California, Shearer began his career as a child actor, appearing in The Jack Benny Program, as well as the 1953 films Abbott and Costello Go to Mars and The Robe (film)/The Robe. In 1957, Shearer played the precursor to the Eddie Haskell character in the pilot episode for the television series Leave It to Beaver, but his parents decided not to let him continue in the role so that he could have a normal childhood.

If you enjoy these quotes, be sure to check out other famous actors! More Harry Shearer on Wikipedia.

When (Pryor) took the 'N' word and repeated it in so many contexts and made you laugh at it so much, by the end he had drained that word of its power to sting and hurt. 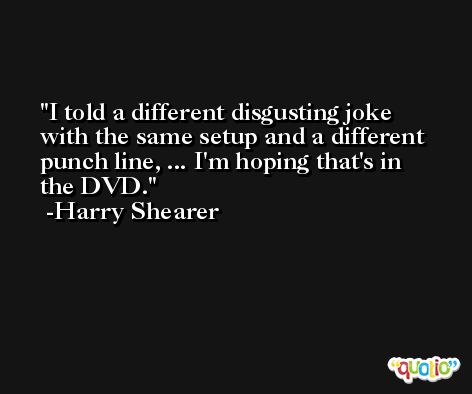 It grew out of the fact that so many record executives had seen Judith, and had said, 'She's great, we know she's great, we love her, we don't know what to do with her,' .

High and dry. The French were no dummies. They knew where to build. 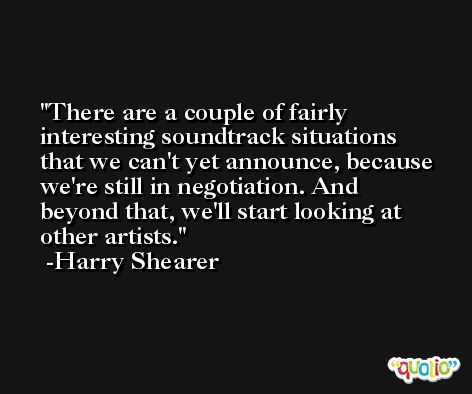 That's why the good Lord invented the Internet.

You can never expect a movie to have a life that lasts this long, really. 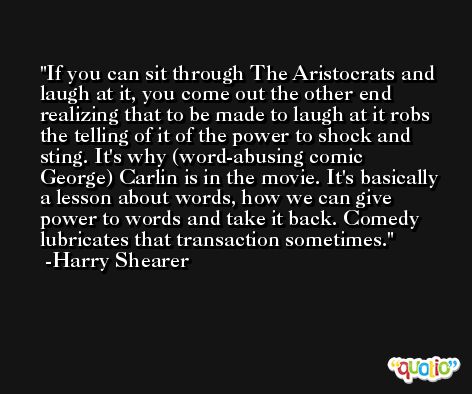