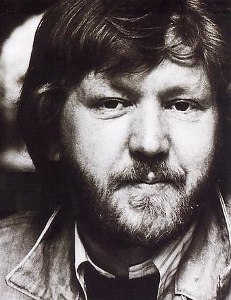 / isbn= 1-84195-017-3}}), usually credited as "Nilsson", was an American singer-songwriter who achieved the peak of his commercial success in the early 1970s. He is known for the hit singles "Everybody's Talkin'" (1969), "Without You (Badfinger song)#Harry Nilsson version/Without You" (1971), and "Coconut (song)/Coconut" (1972). Nilsson also wrote the song "One (Harry Nilsson song)/One" made famous by the rock band Three Dog Night. He was one of the few major pop-rock recording artists of his era to achieve significant commercial success without ever performing major public concerts or undertaking regular tours.

If you enjoy these quotes, be sure to check out other famous musicians! More Harry Nilsson on Wikipedia.

That incident ruined my reputation for 10 years. Get one Beatle drunk and look what happens!

It was just a typical London flat, but it was in a great neighborhood. It was across from the Playboy Club, diagonally. From one balcony you could read the time from Big Ben, and from the other balcony you could watch the bunnies go up and down. 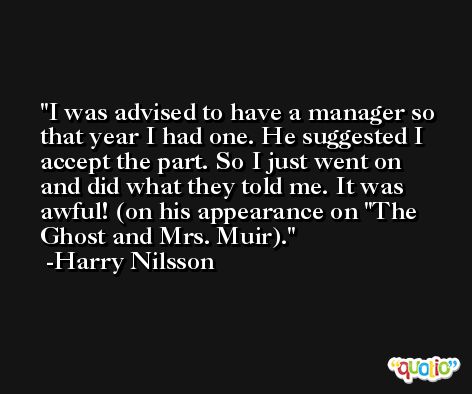 I get nervous when they start shooting piano players.

Have babies! Have lots of babies! They're wonderful! 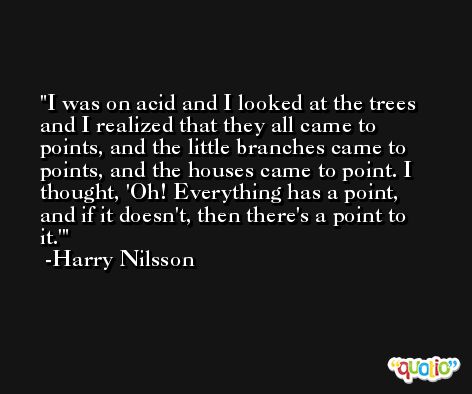