"Harold Bloom" is an American literary critic and Sterling Professor of Humanities at Yale University. Since the publication of his first book in 1959, Bloom has written more than 20 books of literary criticism, several books discussing religion, and a novel. He has edited hundreds of anthologies concerning numerous literary and philosophical figures for the Chelsea House publishing firm. Bloom's books have been translated into more than 40 languages.

Bloom came to public attention in the United States as a commentator during the Literary canon#Debate/Canon wars of the early 1990s.

If you enjoy these quotes, be sure to check out other famous critics! More Harold Bloom on Wikipedia.

Reading well is one of the great pleasures that solitude can afford you.

What matters in literature in the end is surely the idiosyncratic, the individual, the flavor or the color of a particular human suffering. 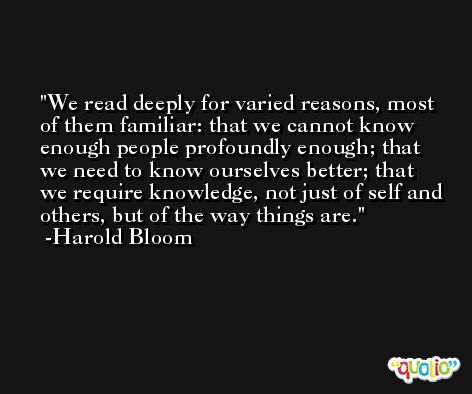 How To Read and Why. 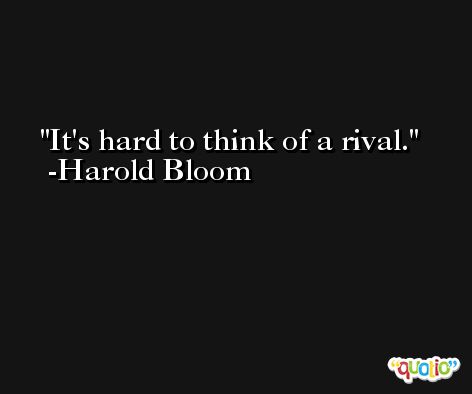 I saw the Oxford English Dictionary there for the first time.

I think that's not reading because there's nothing there to be read. 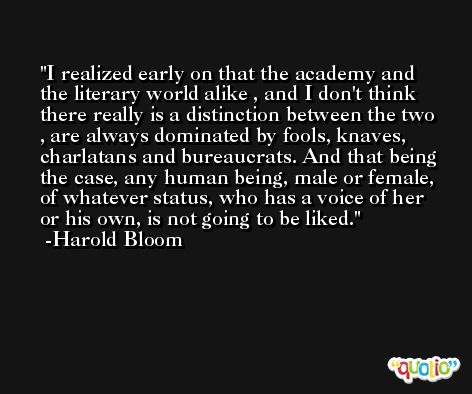 He is a great artist. He may be the finest artist among American writers since William Faulkner and Henry James. There's the endless variety of modes he works in. His style, his stance, his point of view.

We read frequently if unknowingly, in quest of a mind more original than our own.