If you enjoy these quotes, be sure to check out other famous athletes! More Hansie Cronje on Wikipedia.

Hansie, apparently, genuinely feared for his own life and the lives of his family and wanted some professional security.

We really tried hard not to make it a cricket book, it appeals to a much wider community. 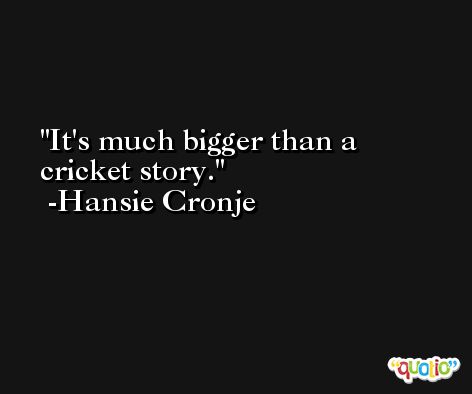 I missed him the most this birthday but maybe I'm just tired. 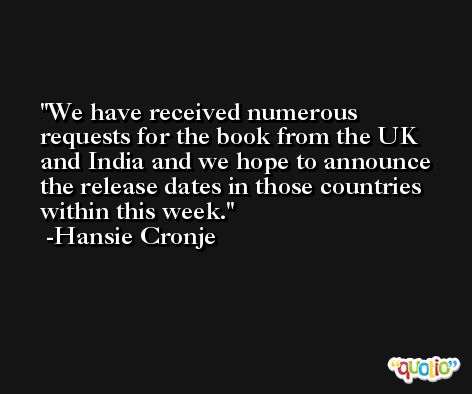 The very quick and high sales of the book caught us off guard, but fortunately we got the second edition from the printers at the end of last week and the shops should now be stocked again.