"Harold Vincent "Hal" Boyle" was a prolific, Pulitzer Prize/Pulitzer-prize-winning journalist for the Associated Press. During 30 years with the AP Boyle wrote 7,680 columns. He is best known for his work as a war correspondent during World War II. He was consistently closer to the front lines in the European Theatre of World War II/European and Pacific War/Pacific theatres of operation than other correspondents. His column became a staple in over 700 newspapers. He is also the namesake of a prize given annually to reporters by the Overseas Press Club/Oversees Press Club of America, for the best newspaper or wire service reporting from abroad.

Does Grandpa love to babysit his grandchildren? Are you kidding? By day he is too busy taking hormone shots at the doctor's or chip shots on the golf course. At night he and Grandma are too busy doing the cha-cha.

I used to envy kids who had an old-fashioned Grandpa. Not any more. I've got a new ambition. Now I just want to become a modern-type Grandpa myself-and really start living. 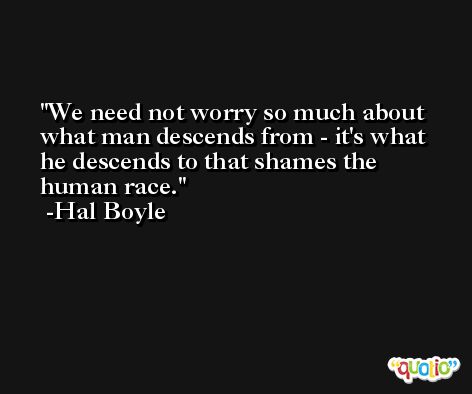 Whatever happened to that old-fashioned Grandpa? If he still survives, he must be hiding in the small towns. You sure don't see him very often in the big city. The big-city Grandpa has gone big time. . . . He is the life of every party . . .

Memory is the best of all gardens. Therein, winter and summer, the seeds of their past lie dormant, ready to spring into instant bloom at any moment the mind wishes to bring them to life. 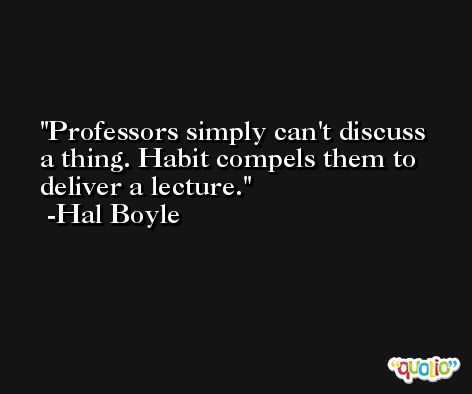