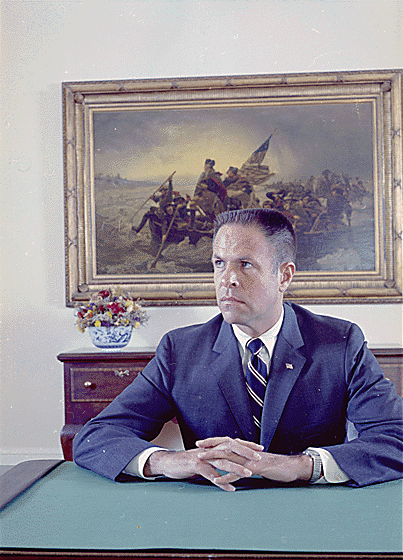 "Harry Robbins "Bob" Haldeman" was an United States/American political aide and businessman, best known for his service as White House Chief of Staff to President of the United States/President Richard Nixon and his consequent involvement in the Watergate scandal. His intimate role in the Watergate cover-up precipitated his resignation from government; subsequent to which he was tried on counts of perjury, conspiracy (crime)/conspiracy and obstruction of justice; found guilty and imprisoned for 18 months. Upon his release he returned to private life and was a successful businessman until his death from cancer in 1993.

If you enjoy these quotes, be sure to check out other famous politicians! More H. R. Haldeman on Wikipedia.

Once the toothpaste is out of the tube, it's hard to get it back in!