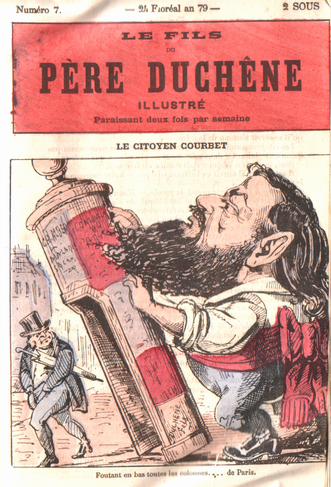 "Jean Désiré Gustave Courbet" was a French Painting/painter who led the Realism art movement/Realist movement in 19th-century French painting. Committed to painting only what he could see, he rejected academic convention and the Romantic movement/Romanticism of the previous generation of visual artists. His independence set an example that was important to later artists, such as the Impressionism/Impressionists and the Cubism/Cubists. Courbet occupies an important place in 19th-century French painting as an innovator and as an artist willing to make bold social statements through his work.

Courbet's paintings of the late 1840s and early 1850s brought him his first recognition. They challenged convention by depicting unidealized peasants and workers, often on a grand scale traditionally reserved for paintings of religious or historical subjects. Courbet's subsequent paintings were mostly of a less overtly political character: Landscape painting/landscapes, seascapes, hunting/hunting scenes, Nude (art)/nudes and still lifes. He was imprisoned for six months in 1871 for his involvement with the Paris Commune, and lived in exile in Switzerland from 1873 until his death.

Beauty, like truth, is relative to the time when one lives and to the individual who can grasp it. The expression of beauty is in direct ratio to the power of conception the artist has acquired.

I am not one who was born in the custody of wisdom; I am one who is fond of olden times and intense in quest of the sacred knowing of the ancients. 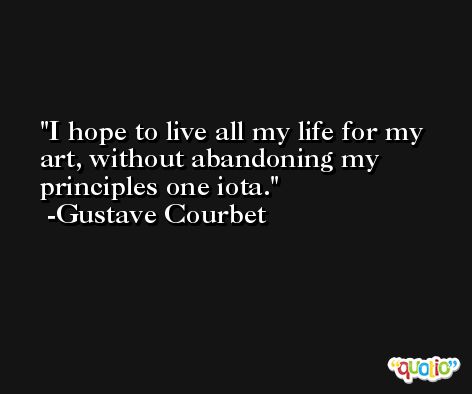 Painting is the representation of visible forms. . . The essence of realism is its negation of the ideal.

The beautiful is in nature, and it is encountered under the most diverse forms of reality. Once it is found it belongs to art, or rather to the artist who discovers it. 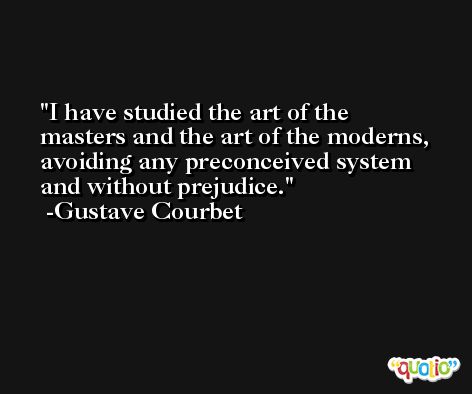 Painting is an essentially concrete art and can only consist of the representation of real and existing things.

France is the only nation in which astoundingly small numbers of civilized patrons reside.