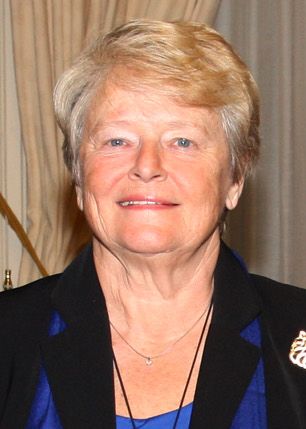 "Gro Harlem Brundtland" is a former Prime Minister of Norway, a current Special Envoy with the United Nations, and the Deputy Chair of The Elders (organization)/The Elders.

Brundtland, MD has served as a physician, a Social Democratic politician and a diplomat, and is now an international leader in sustainable development and public health.

She served as Vice-President of Socialist International.

She served as the Director General of the UN World Health Organization and is now a Special Envoy on Climate Change for the United Nations Secretary-General, Ban Ki-moon.

If you enjoy these quotes, be sure to check out other famous politicians! More Gro Harlem Brundtland on Wikipedia.

This syndrome, SARS, is now a worldwide health threat, ... The world needs to work together to find its cause, cure the sick and stop its spread.

To those young and not so young who might be debating whether or not to start smoking. 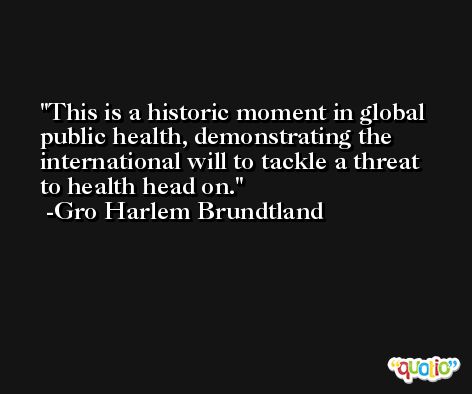 Tobacco has to be addressed and fought now because the children and young people of Asia are becoming influenced.

The burden of disease falls on the poor. 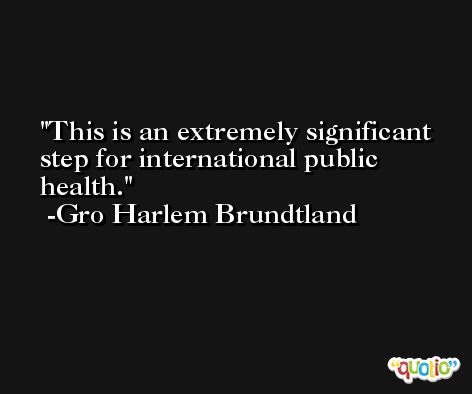 We have seen SARS stopped dead in its tracks.

Now we must see this convention come into force as soon as possible and countries must use it as the basis of their national tobacco-control legislation. 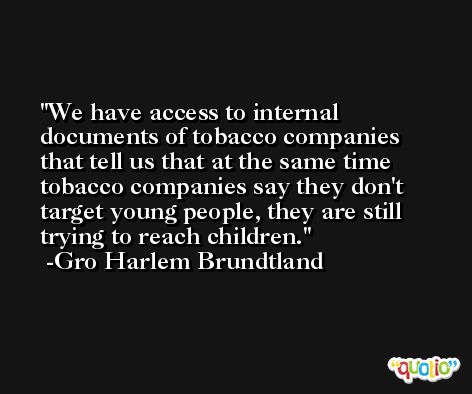