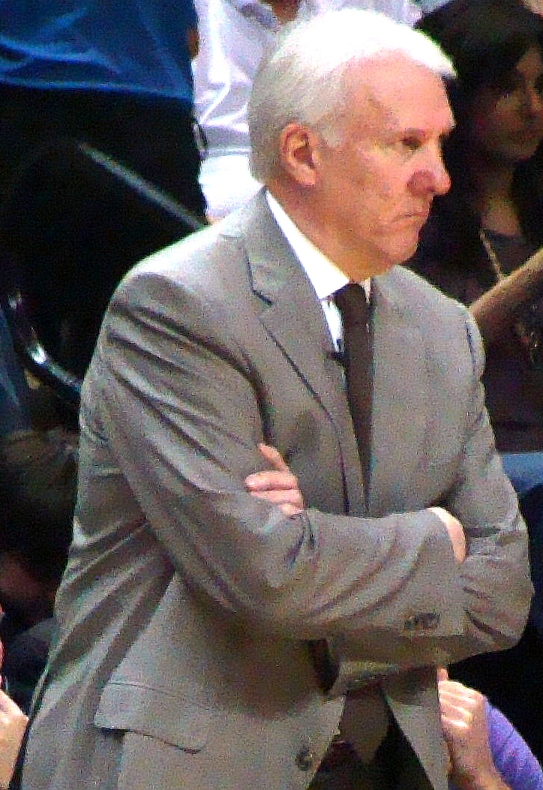 "Gregg Charles Popovich" (born January 28, 1949) is an American basketball coach (sport)/coach who is currently the head coach of the National Basketball Association's San Antonio Spurs. Taking over as coach of the Spurs in 1996, Popovich is the longest tenured active coach in both the NBA and all Major professional sports leagues in the United States and Canada/US major sports leagues. He is often referred to as "Coach Pop" or simply "Pop". He holds the record for most consecutive winning seasons in NBA history at 17. Popovich has won five NBA championships as the head coach of the Spurs. He is one of only five coaches in NBA history to win five or more NBA championships. Phil Jackson, Red Auerbach, Pat Riley, and John Kundla are the other coaches.

I asked them if it wasn't too much trouble, if I wasn't being too pushy, if they could execute what we were trying to do. And if it didn't make them too angry, if they also wanted to play some defense on the other end, that would be great. 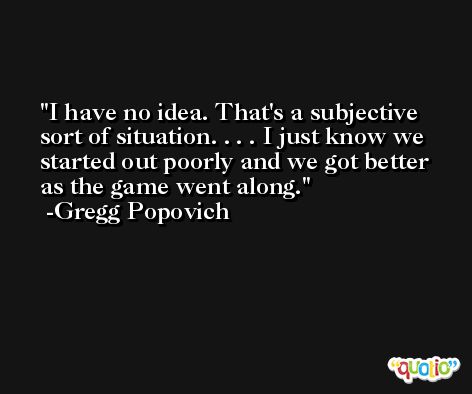 That was the difference in the game. I don't think we did anything different to separate ourselves.

Timmy, he's the beginning of it. He doesn't have to be the end all the time now. 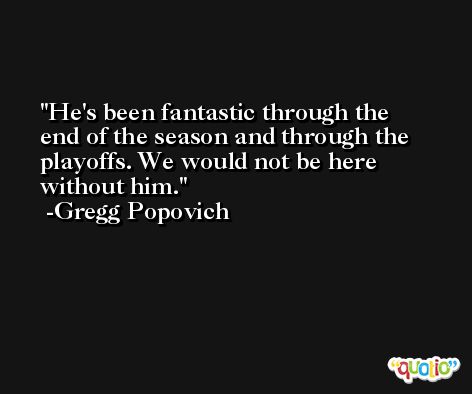 We didn't send mariachi bands or birthday cards or breakfast in bed.

He's always energized. Seriously. There's not one thing that makes him get going and makes him step it up a level. He plays at that pace all the time.