"Greg Mitchell" is an American author and journalist who has written twelve non-fiction books on United States politics and history of the 20th and 21st centuries. Since 2010, he blogs on the media and politics for The Nation, where he covered the Wikileaks scandal in 2010.

In three recent books, he has addressed issues of the relations between the press and government, especially related to the conduct of the 21st-century United States wars in 2003 War in Iraq/Iraq and War in Afghanistan (2001-present)/Afghanistan. He was the editor of Editor & Publisher (E&P) (2002 through 2009), which covers the news and newspaper industry. His book, The Campaign of the Century (1992), about Upton Sinclair's run for governor of California and the rise of media politics, received the 1993 Goldsmith Book Prize for journalism. It was adapted by PBS as a documentary episode for its seven-part series on The Great Depression (1993). In addition, it was adapted as a vaudeville-style musical and received an award in California in 2006 for musical theatre.

Mitchell was editor of Nuclear Times magazine (1982 to 1986), and became interested in the history of the United States' use of the atom bomb during World War II. He addressed issues related to this in a 1996 book co-written with Robert Jay Lifton. Michell served as a senior editor of Crawdaddy magazine in the 1970s.

Absolutely not. It's wrong, end of story.

We're also having difficulty with people paying their utility bills. 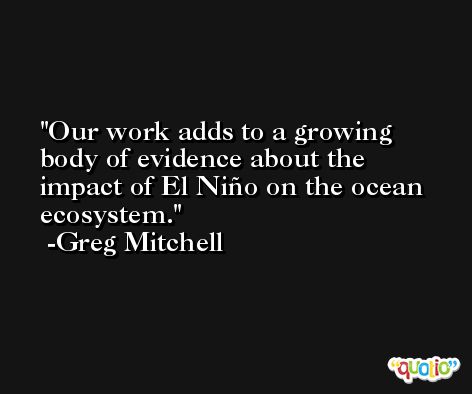 Should be promptly dismissed for crimes against journalism.

I am proud of all the city's accomplishments. Winning in all three categories offered by the State of Mississippi just proves that when you are united with your community and work together, great things can happen. 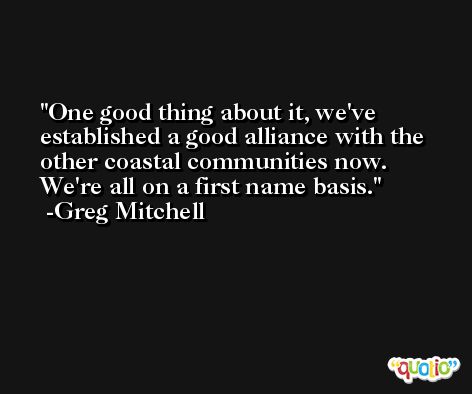 He really acted like he was coming in to talk with a group of people he had known all his life. It has been a pleasure and an honor to be elected as mayor of Picayune over the years, but I believe one of the highest honors I have received is that I got to be introduced to the president of the United States.

When the disaster is behind us, we're putting together an economic team to bring the city back and move forward. We were on a pretty good pace before the storm and now we need to get back to it and beyond.