"Gregory Fishbeck "Greg" Knapp" (born March 5, 1963) is a football coach and the current quarterbacks coach for the Denver Broncos. He has previously held several other assistant coaching positions, including offensive coordinator for the Oakland Raiders of the National Football League.

It really starts with getting less third-and-long situations, and that's what we've gotten ourselves into early. Our short yardage has hurt us. We've missed on three third-and-ones and one third-and two. If you convert those, we're middle of the pack on third down. Now we've been great in short yardage (in the past). It hasn't been great to start out with, and we'll improve on that. 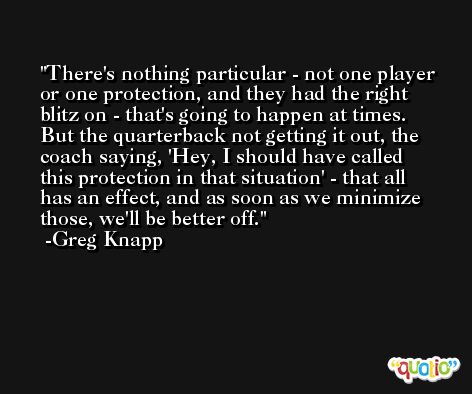 He's definitely coming along now. Still, the coach in me wants to see consistency, game after game. 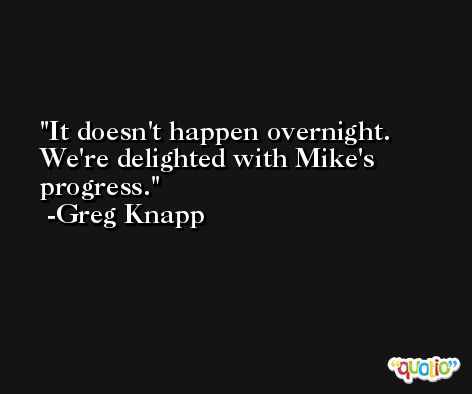 When it's taken away from you like it was him, the feeling you have for the game grows a little bit inside you. You find out what it means to you, and that your tranquility, and your most enjoyment is between those lines.

Steve said it will take two to three years with the same coaching staff to be able to do things like that regularly. 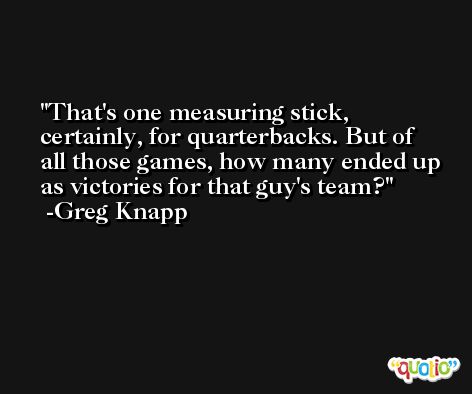