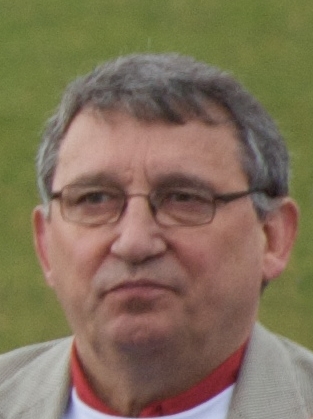 "Graham Taylor" Order of the British Empire/OBE is the former Chairman of Watford Football Club, having formerly been a football pundit, football (soccer)/football coach (sports)/manager, and player. He was the manager of the England national football team from 1990 to 1993, as well as being manager of Watford F.C./Watford, a club he took from the Football League Fourth Division/Fourth Division to the Football League First Division/First in the space of five years, then from bottom of the second division to the Premier League in two seasons two decades later.

Taylor grew up in the industrial steel town of Scunthorpe, North Lincolnshire, a town with which he still has many connections and regards as his hometown. The son of a sports journalist with The Scunthorpe Evening Telegraph, Graham found his love of football in the stands of the Old Show Ground watching Scunthorpe United F.C./Scunthorpe United. He became a player, playing at full back for Grimsby Town F.C./Grimsby Town and Lincoln City F.C./Lincoln City.

If you enjoy these quotes, be sure to check out other famous coaches! More Graham Taylor on Wikipedia.

His plate is full and then some. He's not adverse to getting involved in any issue, but he sometimes spreads himself too thin.

Mike's first priority is protecting the resource, but he doesn't hesitate to fold in people's needs and comments. 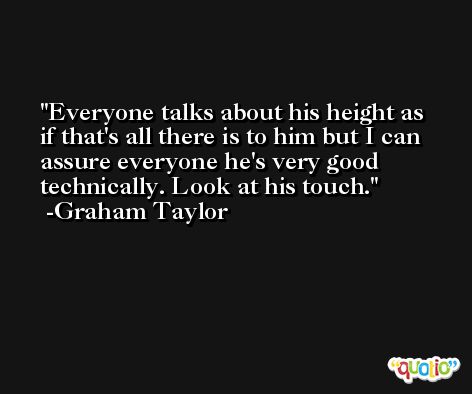 If you're looking for a true professional then you certainly have that in Alec, ... Quite simply he was one of the best signings I made in terms of value for money.

Being an ex-England manager, one that failed to qualify for the World Cup, is like being a dead politician. 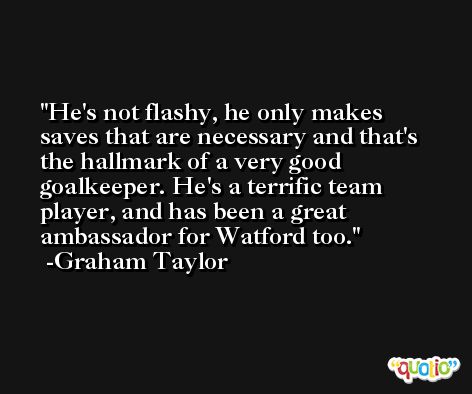 His height is something he's lived with all his life and it's his main feature but he's got great feet.

Everyone talks about his height as though that's all there is to him. But he's a very good player. Look at his touch, look at his passing, look at his control. 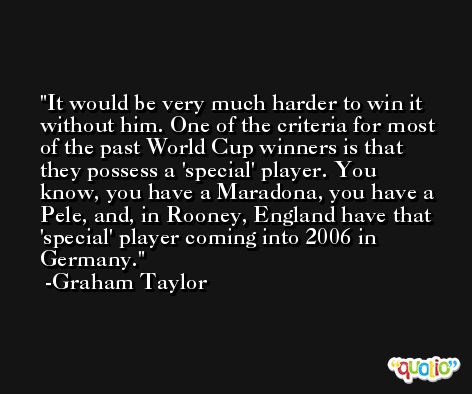