After embarking on an acting career in 1950, at the age of 20, Kelly appeared in New York City theatrical productions and more than 40 episodes of live drama productions broadcast during the early 1950s Golden Age of Television. In October 1953, she gained stardom from her performance in the film Mogambo. This film won her a Golden Globe Award and an Academy Award nomination in 1954. She had leading roles in five films, including The Country Girl (1954 film)/The Country Girl, for which her deglamorized performance earned her an Academy Award for Best Actress. Other films include High Noon (1952) with Gary Cooper, Alfred Hitchcock's Dial M for Murder (1954) with Ray Milland, Rear Window (1954) with James Stewart and To Catch a Thief (1955) with Cary Grant, and High Society (1956 film)/High Society (1956) with Frank Sinatra and Bing Crosby.

If you enjoy these quotes, be sure to check out other famous actresses! More Grace Kelly on Wikipedia.

Hollywood amuses me. Holier-than-thou for the public and unholier-than-the-devil in reality.

Daisies of the Galaxy. 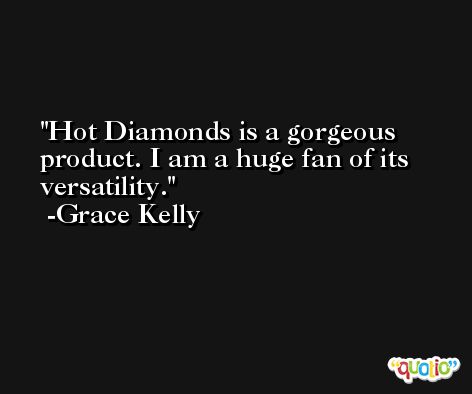