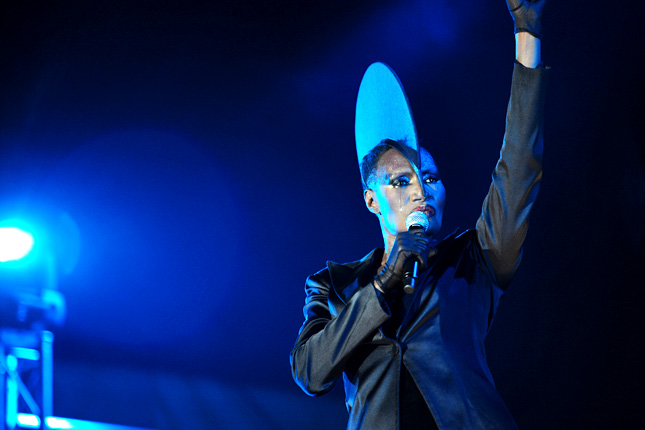 "Grace Jones" is a Jamaican singer, songwriter, model, record producer, and actress. She was born in Spanish Town, Jamaica and raised by her grandparents. At 13 she moved with her siblings to their parents' home in Syracuse, New York. Jones started out as a model, initially in New York state, then in Paris, working for Yves Saint Laurent (designer)/Yves St. Laurent, Claude Montana, and Kenzo Takada, and appearing on the covers of Elle (magazine)/Elle, Vogue (magazine)/Vogue, and Stern (magazine)/Stern working with Helmut Newton, Guy Bourdin, and Hans Feurer.

If you enjoy these quotes, be sure to check out other famous models! More Grace Jones on Wikipedia. 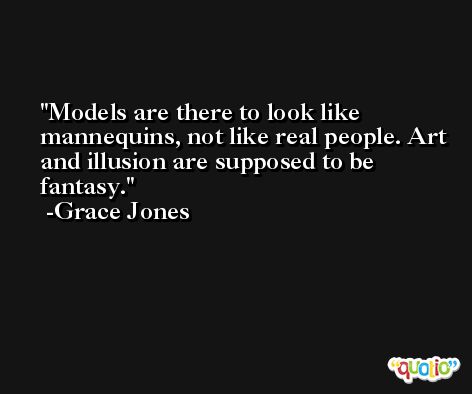 Now when I enter a carriage, it almost empties. But there's always one brave enough to stay.