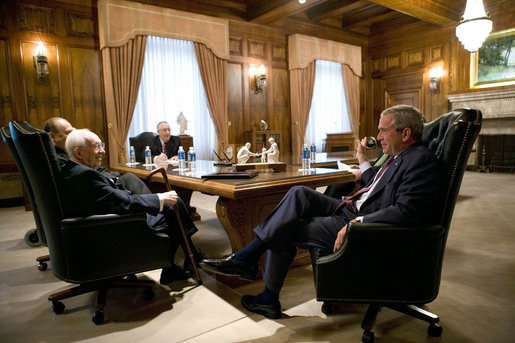 Hinckley's presidency was noted for the building of Temple (LDS Church)/temples, with more than half of existing temples being built under his leadership. He also oversaw the reconstruction of the Nauvoo Illinois Temple and the building of the 21,000 seat LDS Conference Center/Conference Center. During his tenure, the "The Family: A Proclamation to the World/Proclamation on the Family" was issued and the Perpetual Education Fund was established. At the time of his death, approximately one-third of the church's membership had joined the church under Hinckley's leadership.

If you enjoy these quotes, be sure to check out other famous clergy! More Gordon B. Hinckley on Wikipedia.

Faith in something greater than ourselves enables us to do what we have said we'll do, to press forward when we are tired or hurt or afraid, to keep going when the challenge seems overwhelming and the course is entirely uncertain.

Our lives are the only meaningful expression of what we believe and in Whom we believe. And the only real wealth, for any of us, lies in our faith. 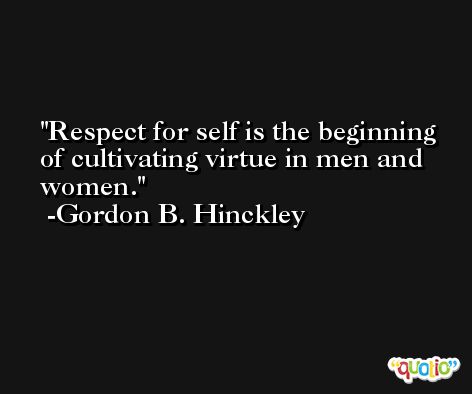 Criticism and pessimism destroy families, undermine institutions of all kinds, defeat nearly everyone, and spread a shroud of gloom over entire nations.

Of course we're Christian. The very name of the church declares that. The more people see us and come to know us, the more I believe they will come to realize that we are trying to exemplify in our lives and in our living the great ideals which (Jesus Christ) taught. 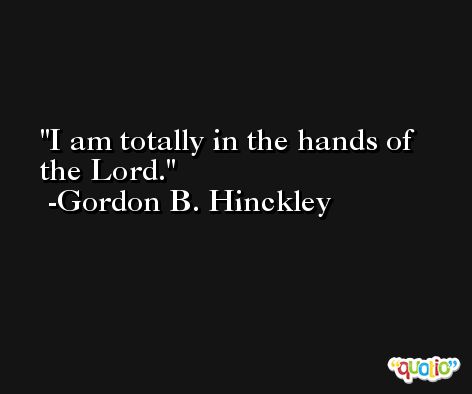 The Lord would want you to be successful. He would. You are His sons and His daughters. He has the same kind of love and ambition for you that your earthly parents have. They want you to do well and you can do it.

Of course we're Christian. The very name of the church declares that.