Born in Scotland, Gilbert Highet is best known as a mid-20th-century teacher of the humanities in the United States. He attended Glasgow University and Balliol College, Oxford, becoming a fellow of St John's College, Oxford in 1932, where he remained for six years. He had met his wife, the well-known novelist Helen MacInnes, while they were fellow-students at Glasgow, and they married in 1932. In 1938 he was appointed to the chair (academic)/chair of Latin & Greek at Columbia University. He stayed at Columbia until 1971 (except for British Army service during World War II). He became an American citizen in 1951, following his appointment as Anthon Professor of Latin Language and Literature in 1950. See his obituary in The Times, January 26, 1978.

Highet devoted most of his energy to teaching, but he also aspired to raise the level of mass culture and achieved broader influence by publishing essays and books, hosting his own radio program, acting as a judge for the Book-of-the-Month Club, and serving on the editorial board of Horizon (U.S. magazine)/Horizon magazine.

If you enjoy these quotes, be sure to check out other famous writers! More Gilbert Highet on Wikipedia.

The real duty of man is not to extend his power or multiply his wealth beyond his needs, but to enrich and enjoy his imperishable possession: his soul.

A good teacher is a determined person. 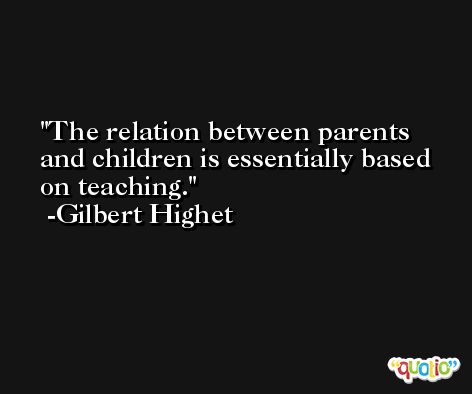 A teacher must believe in the value and interest of his subject as a doctor believes in health. 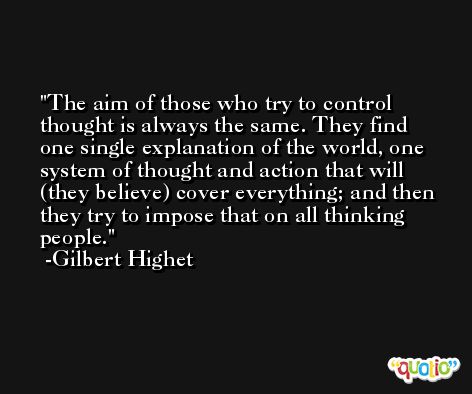 [B]y taking down one of these volumes and opening it, one can call into range the voice of a man far distant in time and space, and hear him speaking to us, mind to mind, heart to heart.

The mind never need stop growing. Indeed, one of the few experiences which never pall is the experience of watching one's own mind and how it produces new interests, responds to new stimuli, and develops new thoughts, apparently without effort and almost independently of one's own conscious control. 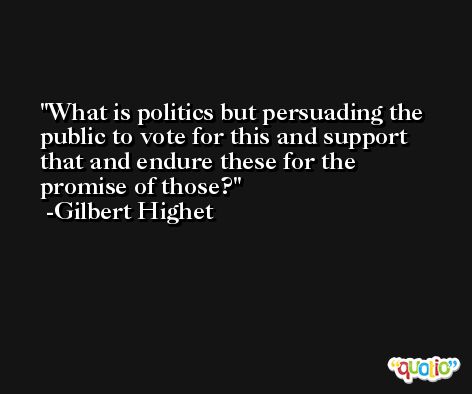