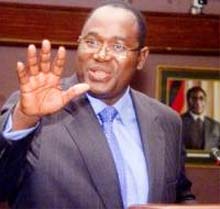 "Gideon Gono" was the Governor of the Reserve Bank of Zimbabwe (RBZ) from 2003 to 2013 and is the former CEO of the Jewel Bank, formerly known as the Commercial Bank of Zimbabwe.

Gono became known internationally due to his connection to the Hyperinflation in Zimbabwe.

We are a guilty party from a technical point of view, ... All we can do is to plead mitigatory circumstances to our arrears situation and pray that the jury will see for itself how genuine our efforts at self correction are.

We have been putting our money where our mouth is in as far as ... the need to remain a part of the global village and the international community as represented by IMF membership. 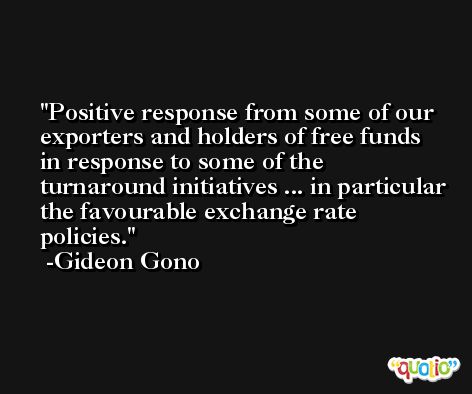 This is a modest payment meant to demonstrate our sincerity with respect to our international obligations.

We are a guilty party from a technical point of view. 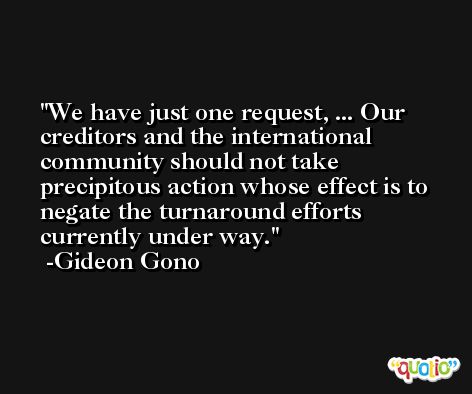 One can never be prepared enough for anything. We always want to react late. We have become a nation of pointing fingers, a nation of perpetual moaners and a nation that lacks initiatives.