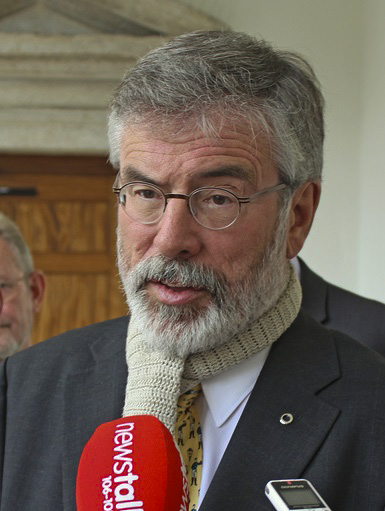 He has been the president of Sinn Féin since 1983. Since that time the party has become the fourth-largest party in the Republic of Ireland, the second-largest political party in Northern Ireland and the largest Irish nationalist party in that region. In 1984, Adams was seriously wounded in an assassination attempt by several gunmen from the Ulster Defence Association (UDA) including John Gregg (UDA)/John Gregg. From the late 1980s onwards, Adams was an important figure in the Northern Ireland peace process, initially following contact by the then-Social Democratic and Labour Party (SDLP) leader John Hume and then subsequently with the Irish government/Irish and Her Majesty's Government/British governments.

If you enjoy these quotes, be sure to check out other famous politicians! More Gerry Adams on Wikipedia.

Hugging trees has a calming effect on me. I'm talking about enormous trees that will be there when we are all dead and gone. I've hugged trees in every part of this little island.

I see no reason whatsoever why there should be British troops in any part of my country, and particularly in the almost eighth year of two IRA decisions, why people should have more contact with British troops than they had previously. 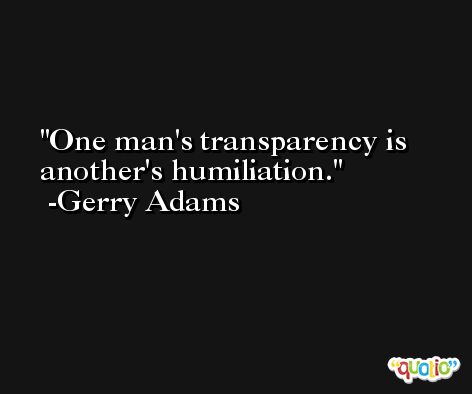 I disagree with Teddy Kennedy, ... He was the only person to actually cancel an engagement. I think that was ill-advised. I think we will work again, because he has played a pivotal role in all of this process.

We are in this particular situation because once again unionists threaten the institutions and Dr. Reid moved to accommodate them. 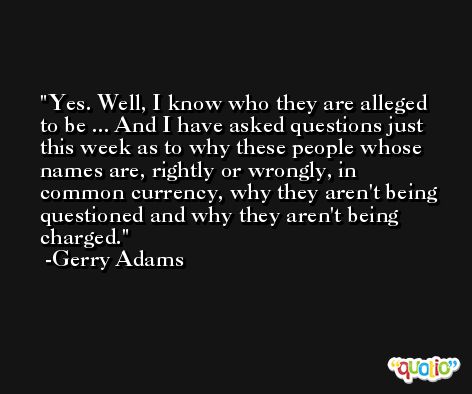 There is no evidence to back that up. And, on the contrary, the IRA, in a number of high-profile statements, have made it very, very clear that people should not be intimidated. 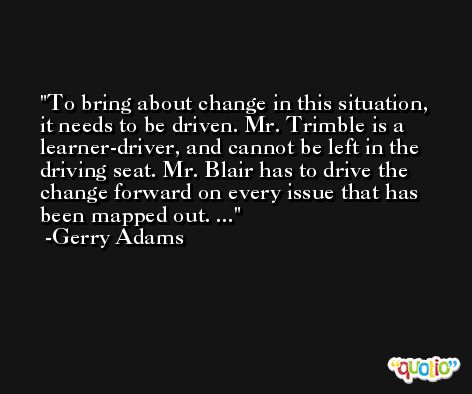