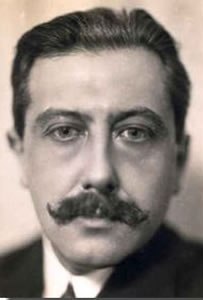 "Georges Bernanos" was a France/French author, and a soldier in World War I. Of Roman Catholic and monarchist leanings, he was critical of bourgeois thought and was opposed to what he identified as defeatism. He thought this led to Battle of France/France's eventual occupation by Germany in 1940 during World War II. Most of his novels have been translated into English and frequently published in both Great Britain and the United States.

If you enjoy these quotes, be sure to check out other famous writers! More Georges Bernanos on Wikipedia.

Truth is meant to save you first, and the comfort comes afterward.

Fact is Our Lord knew all about the power of money: He gave capitalism a tiny niche in His scheme of things, He gave it a chance, He even provided a first installment of funds. Can you beat that? It's so magnificent. God despises nothing. After all, if the deal had come off, Judas would probably have endowed sanatoriums, hospitals, public libraries or laboratories. 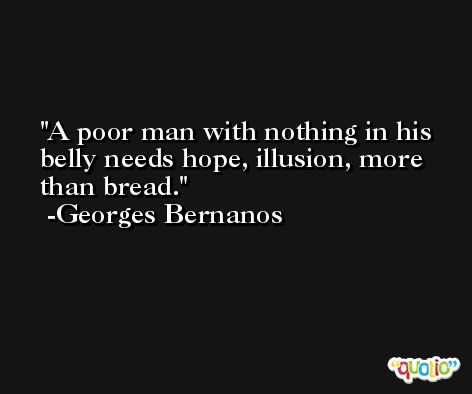 I know the compassion of others is a relief at first. I don't despise it. But it can't quench pain, it slips through your soul as through a sieve. And when our suffering has been dragged from one pity to another, as from one mouth to another, we can no longer respect or love it.

No one ever discovers the depths of his own loneliness. 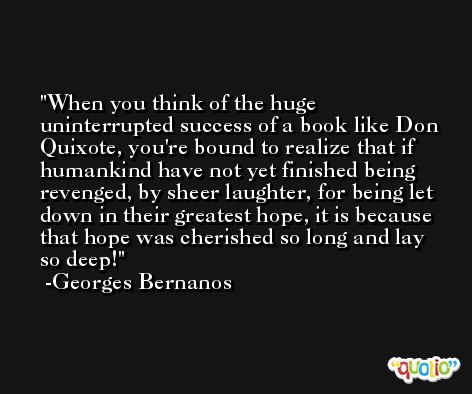 What a cunning mixture of sentiment, pity, tenderness, irony surrounds adolescence, what knowing watchfulness! Young birds on their first flight are hardly so hovered around.

The first sign of corruption in a society that is still alive is that the end justifies the means.