"George Tawlon Manneh Oppong Ousman Weah" is a Liberian humanitarian, politician, and an ex-Association football/footballer who played as a Forward (association football)/striker. Regarded as one of the greatest African players of all time, in 1995 he was named FIFA World Player of the Year and won the Ballon d'Or. In 1989, 1994 and 1995 he was the African Footballer of the Year. In 2004 he was named in the FIFA 100 list of the world's greatest living players.

Weah spent fourteen years of his professional football career playing for clubs in France, Italy, and England. Arsène Wenger brought him to Europe when he signed for AS Monaco FC/Monaco in 1988. Weah moved to Paris Saint Germain in 1992 where he won Ligue 1 in 1994 and became the top scorer of the UEFA Champions League 1994–95. He signed for A.C. Milan in 1995 where he spent four very successful seasons, scoring some spectacular goals (the most notable running the length of the field against Hellas Verona F.C./Verona), and won Serie A twice. He then moved to the English Premier League towards the end of his career and had spells at Chelsea F.C./Chelsea and Manchester City F.C./Manchester City.

If you enjoy these quotes, be sure to check out other famous politicians! More George Weah on Wikipedia.

My government will create incentives for them to go to school and learn skill to become productive citizens. This is achievable and I am committed to it.

I can bring about change. The people have spoken and their voices must be heard. 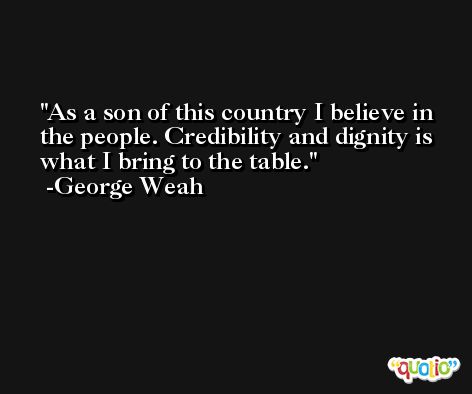 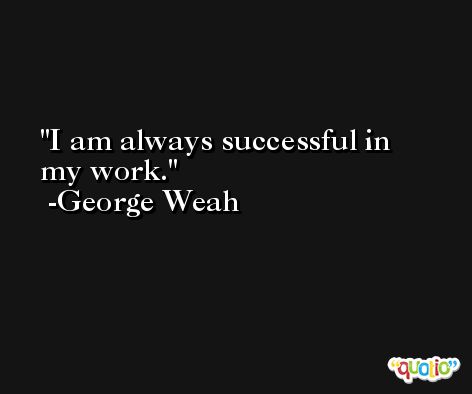 This is a very good day, this is the day people are exercising their democratic right ... they are doing it for the first time without fear.

I think someone who takes the presidency must not take it to learn. (There is) a crisis of leadership and it needs someone who understands already the depth of human suffering and the difficulties we are confronted with. There's no time for learning.