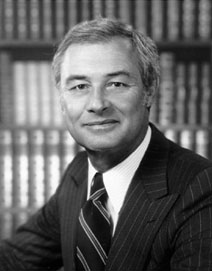 "George Richard Moscone" was an Italian-American attorney and Democratic Party (United States)/Democratic politics/politician. He was the 37th List of Mayors of San Francisco, California/mayor of San Francisco, California from January 1976 until his Moscone–Milk assassinations/assassination in November 1978. Moscone served in the California State Senate from 1967 until becoming Mayor. In the Senate, he served as Majority leader/Majority Leader.

If you enjoy these quotes, be sure to check out other famous politicians! More George Moscone on Wikipedia.

My dad was a local boy who made good and opened the doors of the city to create a power base that reflected all the citizens of the city - Mexicans, Chinese, blacks and gays, ... They never held office and my dad was elected by those people and gave them a voice. He said we must fight for the rights of people who can't fight for themselves. That is the role of a democracy. That's what my dad did.