"George A. Hacker" is an American lawyer who has headed the Alcohol Policies Project of the Center for Science in the Public Interest (CSPI) for three decades. He is co-chair of the Coalition for the Prevention of Alcohol Problems, whose members include the National Council on Alcoholism and Drug Dependence (NCADD) and many other public health and prevention groups.

Between August 1989 and December 1992, Hacker directed alcohol programs at the Washington-based public interest support center, the Advocacy Institute. He also served as staff director for the National Coalition to Prevent Impaired Driving, a broad-based group of public health, traffic safety and law enforcement interests that promotes policies to reduce the toll of drinking driving in society.

At the Advocacy Institute, Hacker lead efforts to strengthen the ability of alcohol prevention policy advocates to use the media more effectively to educate the public and policy makers about environmental policy measures to reduce alcohol problems. The Institute provides training, technical assistance, informational materials and consultation on media advocacy issues.

The discussion has increased enormously within the schools of the NCAA in the last year, ... We're on the right track, but those few schools that really profit from the relationship have the toughest decision to make.

It's the beer talking. 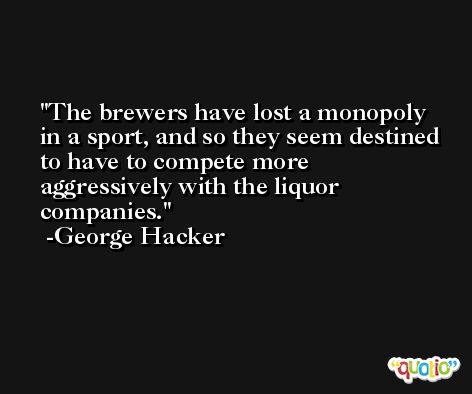 This kind of advertising has great appeal to young people, but the line where the states and the government can restrict that speech is very squishy. 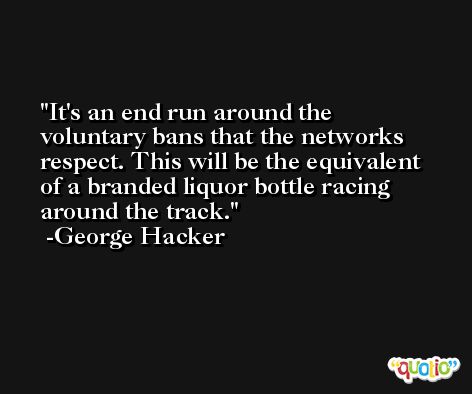