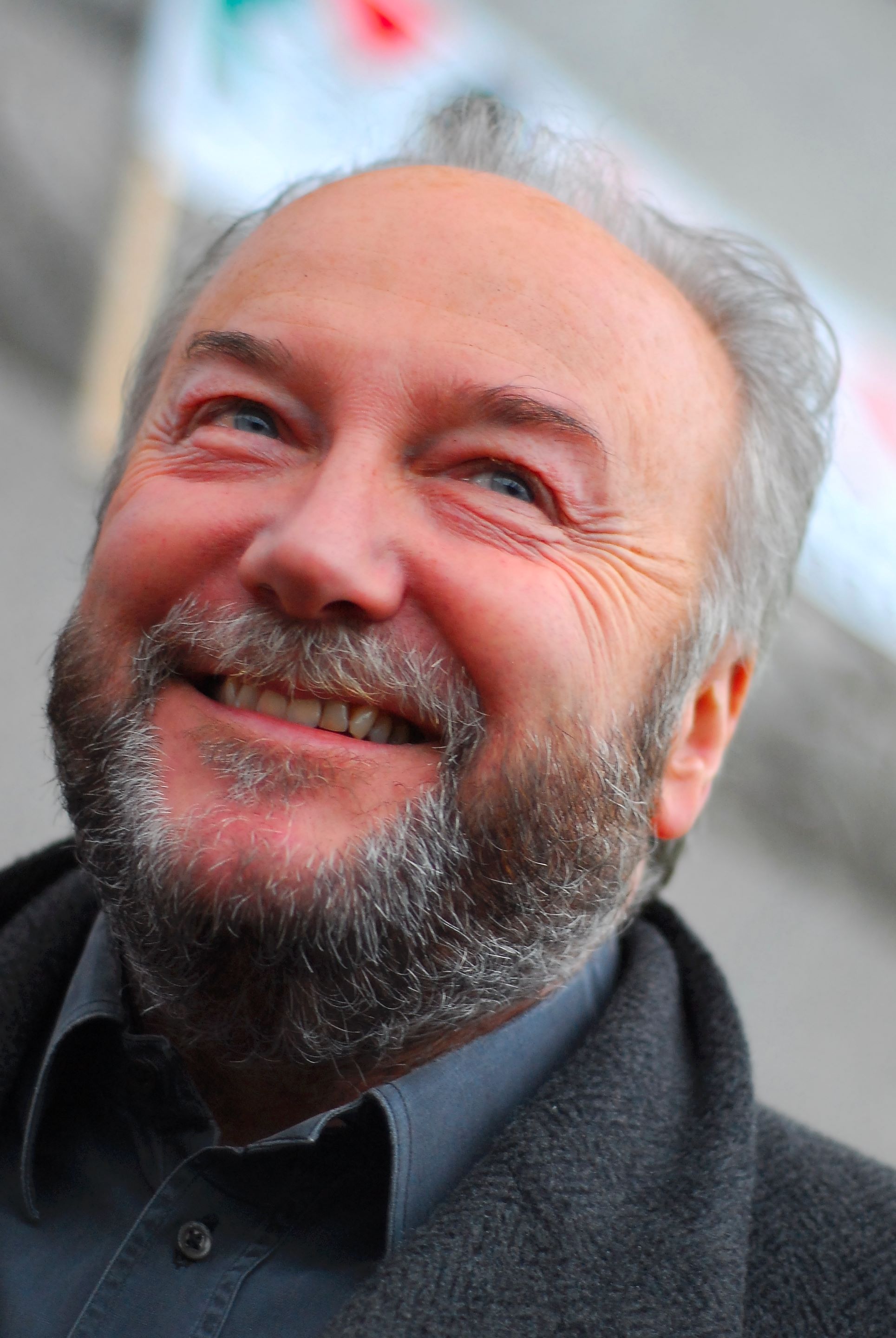 "George Galloway" is a British politician, broadcaster, and writer. Since late March 2012 he has been the Respect Party Member of Parliament (MP) for Bradford West (UK Parliament constituency)/Bradford West.

After first coming to prominence in Scottish politics, he became General Secretary of the London based charity War on Want in 1983, remaining in the post until 1987. Galloway was first elected in UK general election, 1987/that year's general election as a Labour Party (UK)/Labour Party MP representing Glasgow Hillhead (UK Parliament constituency)/Glasgow Hillhead. From 1997, Galloway represented its successor constituency Glasgow Kelvin (UK Parliament constituency)/Glasgow Kelvin, and remained as the MP for the seat until United Kingdom general election, 2005/2005. In October 2003, Galloway was expelled from Labour having been found guilty of four charges of bringing the party into disrepute.

If you enjoy these quotes, be sure to check out other famous politicians! More George Galloway on Wikipedia. 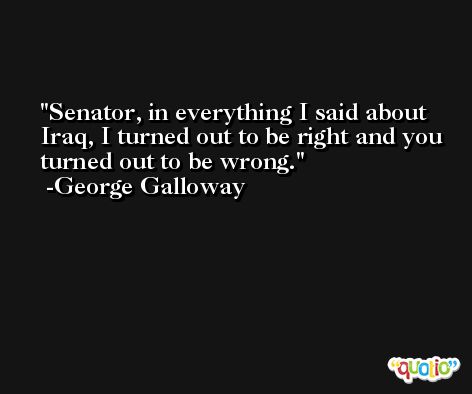 I am an opponent of Saddam Hussein, but an opponent also, of the sanctions that have killed a million Iraqi children and an opponent of the United States' apparent desire to plunge the Middle East into a new and devastating war.

I would rather be eating cheese and reading Sartre on the banks of the river Seine than eating popcorn with a born again bible-belt fundamentalist Republican administration in Crawford, Texas, execution capital of the world. 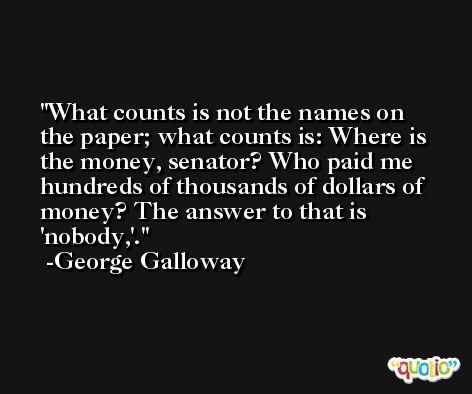 He may have signed an oil contract. It had nothing to do with me, ... I was aware he was doing extensive business with Iraq. I did not know the details of it. It was not my business.

Charge me, then. Charge me with perjury. I'll fly out tomorrow if you lay out these charges, and I'll have my day in court. And I'll disprove them, categorically. 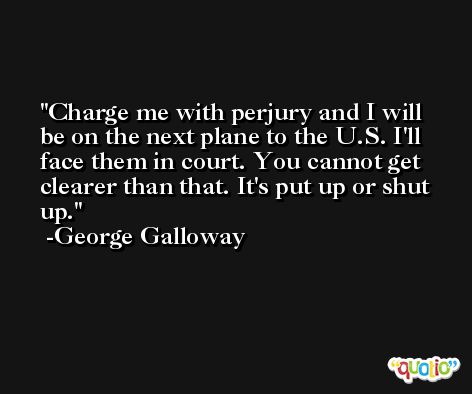