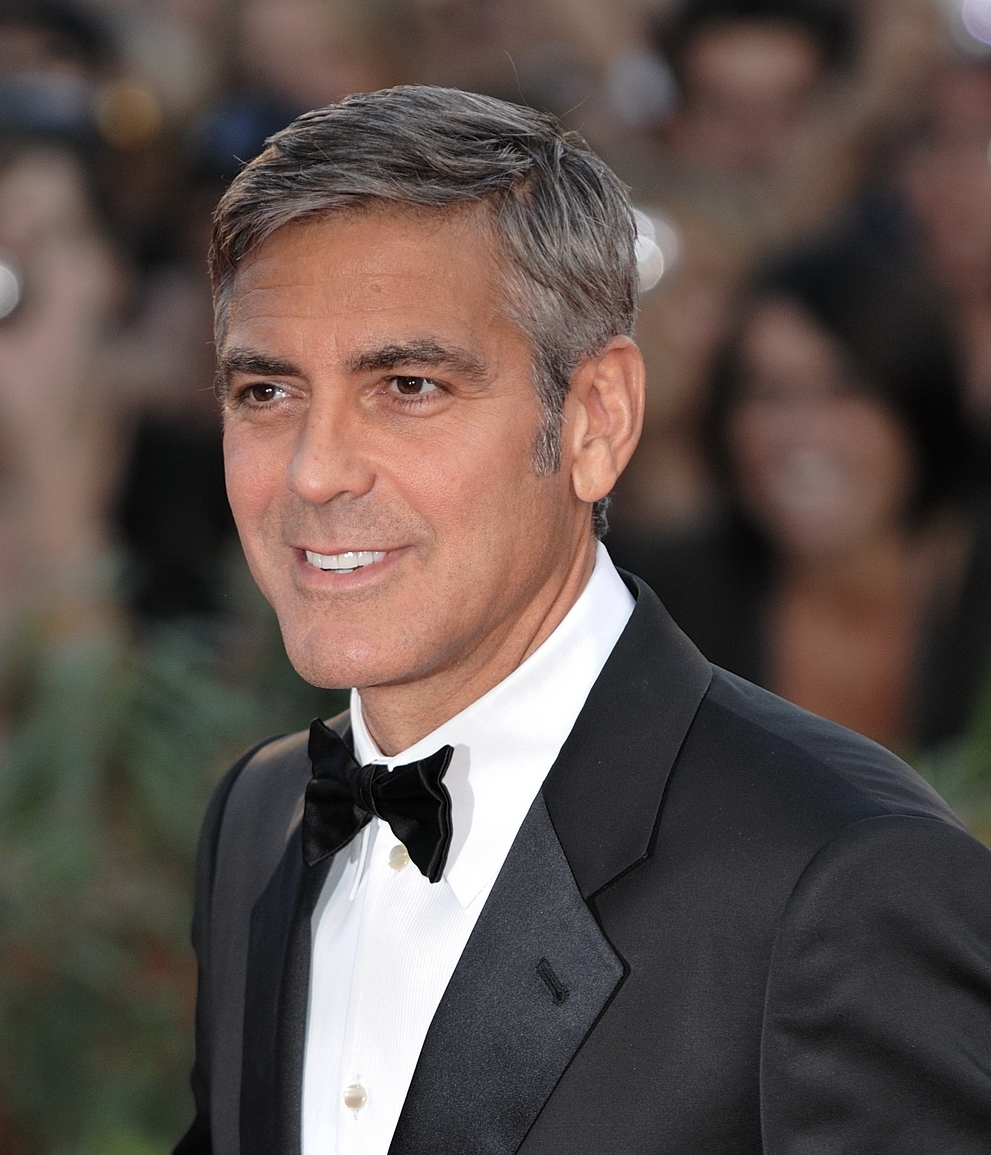 "George Timothy Clooney" is an American actor, writer, producer, director, and activist. He has received three Golden Globes/Golden Globe Awards for his work as an actor and two Academy Awards, one for acting and the other for producing.

Clooney made his acting debut on television in 1978, and later gained wide recognition in his role as Doug Ross/Dr. Doug Ross on the long-running medical drama ER (TV series)/ER from 1994 to 1999, for which he received two Emmy Award nominations. While working on ER, he began attracting a variety of leading roles in films, including the superhero film Batman & Robin (film)/Batman & Robin (1997) and the crime comedy Out of Sight (1998 film)/Out of Sight (1998), in which he first worked with a director who would become a long-time collaborator, Steven Soderbergh. In 1999, Clooney took the lead role in Three Kings (1999 film)/Three Kings, a well-received war satire set during the Gulf War.

If you enjoy these quotes, be sure to check out other famous actors! More George Clooney on Wikipedia.

I resolve not to drink liquids before donning the Bat-suit.

The only failure is not to try. 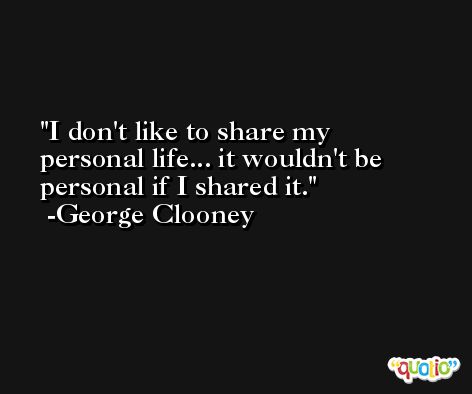 You have only a short period of time in your life to make your mark, and I'm there now.

After doing One Fine Day and playing a pediatrician on ER, I'll never have kids. I'm going to have a vasectomy. 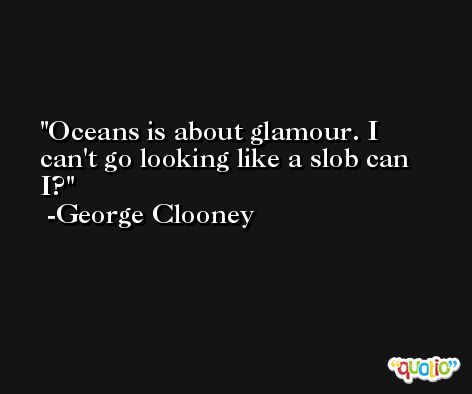 Things hurt me now. My knees hurt, my back hurts.But your head still thinks it's 23.

I'm not smart enough and I don't know enough about what's going on. 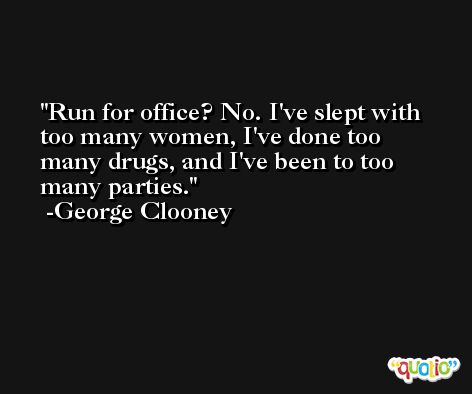