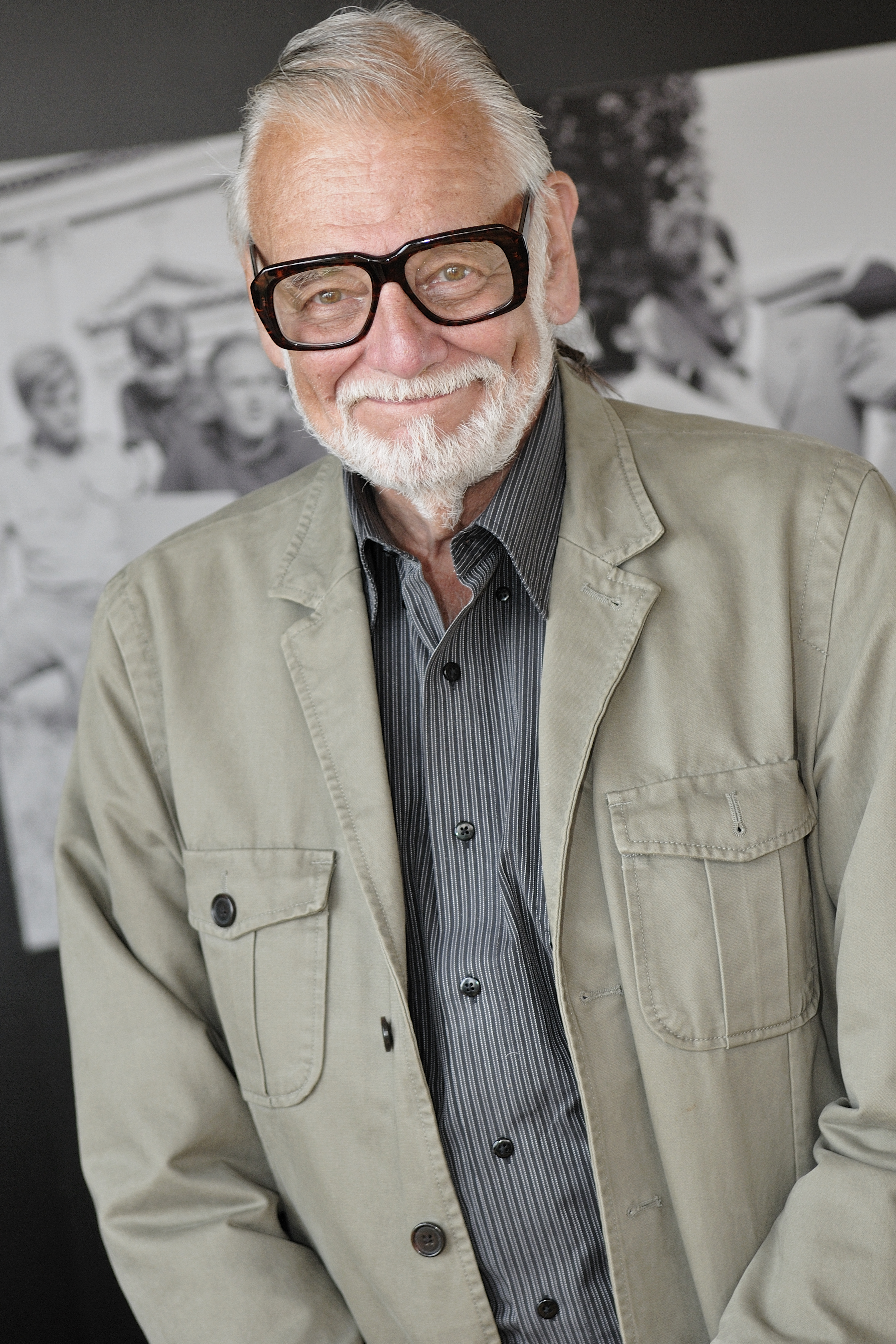 If you enjoy these quotes, be sure to check out other famous directors! More George A. Romero on Wikipedia.

I didn't play practical jokes at home. I had a strict upbringing, which is part of my rebellion. I was raised Catholic and went to parochial school, which is why priests and nuns appear in my movies a lot, and I don't have very much nice to say about them.

I like having to use ingenuity... When I'm pitching ideas, I say hey guys, the real scary stuff doesn't need the big bucks... things that go bump in the night... you can scare someone without spending a lot of money. 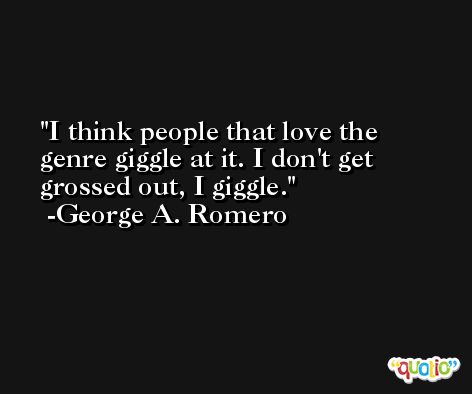 It's a lot harder to do anything that's that edgy 'cause the execs don't wanna hear about it... but we're trying to raise some European money and see if we can get a low budget together.

My opinion of a good zombie walk is to loll your head as if it's a little too heavy and the muscles have begun to atrophy. 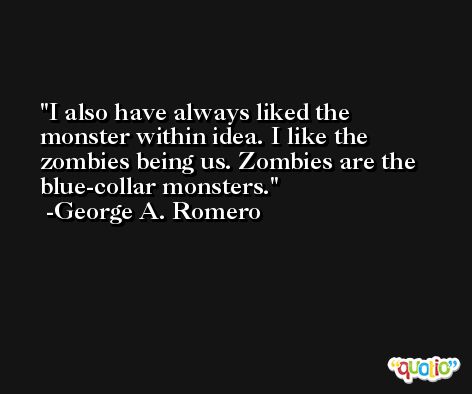 Pictures that test great go out and go in the toilet. And pictures that test poorly, all of a sudden they'll come out of the pack and people like them, but they don't get a chance because a studio won't really get behind it if it tests poorly. It's a mess. I mean, it's really a mess.

A lot of people say my work borrows from Hitchcock, but I think if I've stolen... of COURSE I've stolen, this is a parasitic medium... but if I'm parasitic of anyone it's Welles, and Michael Pal and Kazan... those are my guys. The James Whale stuff... I LOVE the old B&W movies, like classic paintings. 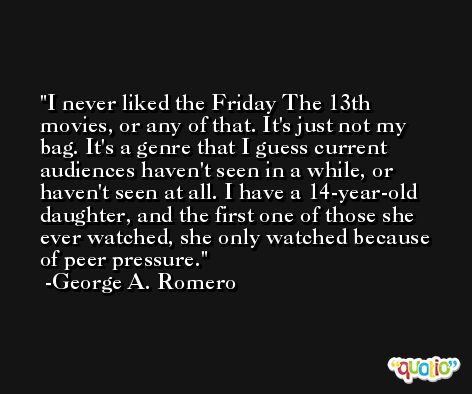