"Gavin Prout" is a Canadian lacrosse player who plays for the Colorado Mammoth in the National Lacrosse League, and formerly of the Hamilton Nationals in Major League Lacrosse. He was also a member of the Team Canada squad that won the gold medal during the 2006 World Lacrosse Championship.

Although it will be an intense affair, we will all have fun and, in the end, the sport of lacrosse will be victorious.

We're not going to look at this game in the way that, if we lose, it's the end of the world. But, definitely, it's going to be a key game for us to get a playoff mode going. 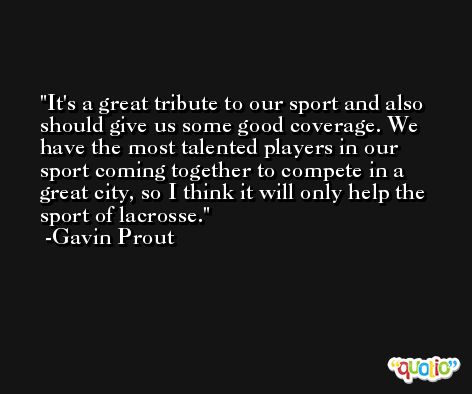 He's clutch and he shoots the ball when he needs to. He may have gotten a lucky bounce, but it's about time we won a playoff game and about time we got the bounces.

I think after the 7-2 lead we got a little lackadaisical. We kind of rode the lead and it diminished pretty quickly. Then people start seizing up when the opportunity comes. Those are the types of things where you need to take control and take some leadership, and I'll take full bore for that. 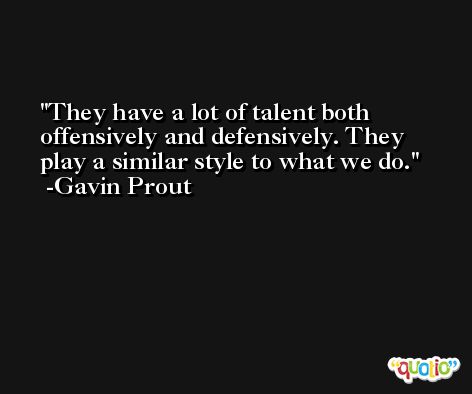