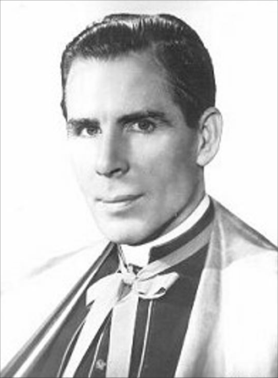 "Fulton John Sheen" was an United States/American bishop (later archbishop) of the Roman Catholic Church known for his preaching and especially his work on television and radio. His cause for canonization as a saint was officially opened in 2002. In June 2012, Pope Benedict XVI officially recognized a decree from the Congregation for the Causes of Saints stating that he lived a life of "heroic virtues" – a major step towards beatification – so he is now referred to as "Venerable#Christianity/Venerable".

Ordained a priest of the Roman Catholic Diocese of Peoria/Diocese of Peoria in 1919, Sheen quickly became a renowned theologian, earning the Cardinal Mercier Prize for International Philosophy in 1923. He went on to teach theology and philosophy at The Catholic University of America as well as acting as a parish priest before being appointed Auxiliary Bishop of the Archdiocese of New York in 1951. He held this position until 1966 when he was made the Roman Catholic Diocese of Rochester/Bishop of Rochester from October 21, 1966 to October 6, 1969, when he resigned and was made the Archbishop of the Titular See of Newport, Wales.

If you enjoy these quotes, be sure to check out other famous clergy! More Fulton J. Sheen on Wikipedia.

Jealousy is the tribute mediocrity pays to genius.

Leisure is a form of silence, not noiselessness. It is the silence of contemplation such as occurs when we let our minds rest on a rosebud, a child at play, a Divine mystery, or a waterfall. 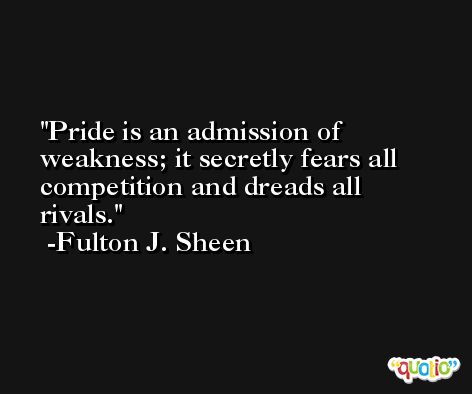 There are 200 million poor in the world who would gladly take the vow of poverty if they could eat, dress and have a home like I do. 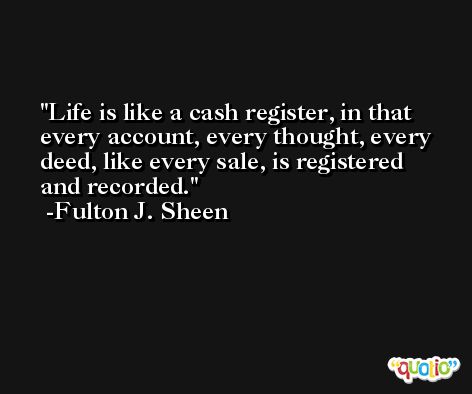 Hearing nuns' confessions is like being stoned to death with popcorn. 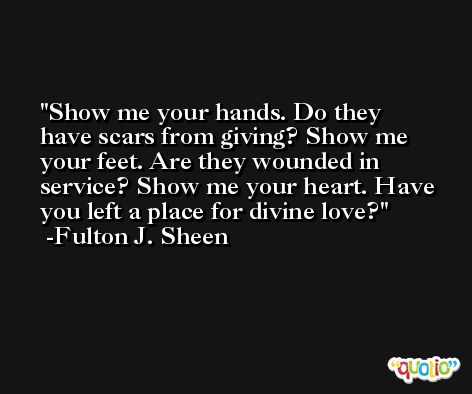 Love is a mutual self-giving which ends in self-recovery.