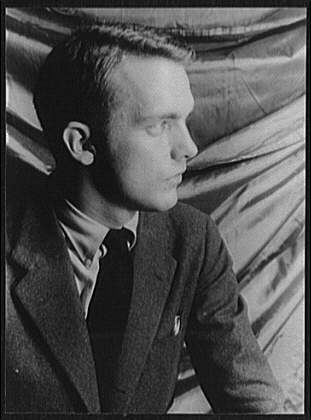 "Carl Frederick Buechner" is an American writer and theologian. Born July 11, 1926 in New York City, he is an ordained Presbyterianism/Presbyterian minister (Christianity)/minister and the author of more than thirty published books thus far. His work encompasses different genres, including fiction, autobiography, essays and sermons, and his career has spanned six decades. Buechner's books have been translated into many languages for publication around the world. He is best known for his works A Long Day's Dying (his first work, published in 1950); The Book of Bebb, a tetralogy based on the character Leo Bebb published in 1979; Godric (novel)/Godric, a first person narrative of the life of the medieval saint, and a finalist for the Pulitzer Prize in 1981; Brendan, a second novel narrating a saint's life, published in 1987; Listening to Your Life: Daily Meditations with Frederick Buechner (1992); and his autobiographical works The Sacred Journey (1982), Now and Then (1983), Telling Secrets (1991), and The Eyes of the Heart: Memoirs of the Lost and Found (1999). He has been called "Major talent" and "…a very good writer indeed" by the New York Times, and "one of our most original storytellers" by USA Today. Annie Dillard (Pulitzer Prize-winning author of Pilgrim at Tinker Creek) says: "Frederick Buechner is one of our finest writers."

If you enjoy these quotes, be sure to check out other famous clergy! More Frederick Buechner on Wikipedia.

Lust is the craving for salt of a man who is dying of thirst. 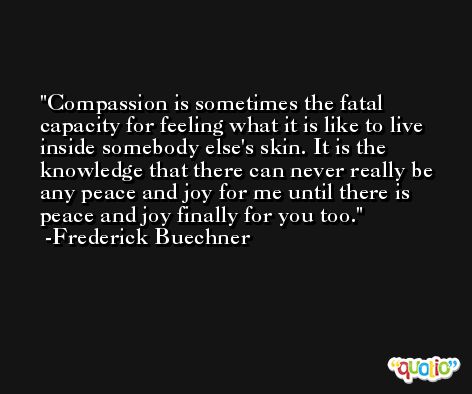 Religion points to that area of human experience where in one way or another man comes upon mystery as a summons to pilgrimage.

In his holy flirtation with the world, God occasionally drops a handkerchief. These handkerchiefs are called saints. 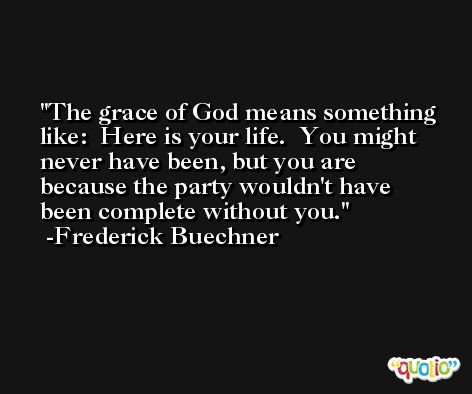 If it seems a childish thing to do, do it in remembrance that you are a child.

Pay mind to your own life, your own health, and wholeness. A bleeding heart is of no help to anyone if it bleeds to death.