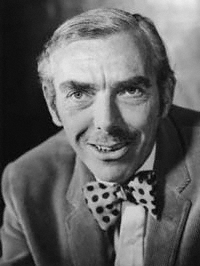 "Frank Herbert Muir", Order of the British Empire/CBE was an English people/English comedy writer, radio and television personality, and raconteur. His writing and performing partnership with Denis Norden endured for most of their careers. Together they wrote BBC radio's Take It From Here for over 10 years, and then appeared on BBC radio quizzes My Word! and My Music (radio)/My Music for another 35. Muir became Assistant Head of Light Entertainment at the BBC in the 1960s, and was then London Weekend Television's founding Head of Entertainment. His many writing credits include editorship of The Oxford Book of Humorous Prose.

If you enjoy these quotes, be sure to check out other famous writers! More Frank Muir on Wikipedia.

Most of our sales are domestic. However, we are trying to expand our export business and have been very successful the last three years.

In other states, they're passionate; they're not embarrassed by their agricultural roots. 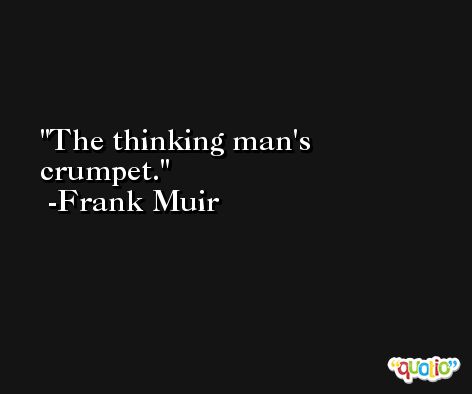 Wouldn't it be ironic that the very year the World Potato Congress is bringing all these international visitors, we take famous potatoes off our plates?

There will always be critics of the potato because it is lowly and humble, ... But it still represents $2 billion of revenue a year in the state of Idaho -- and thousands of jobs. 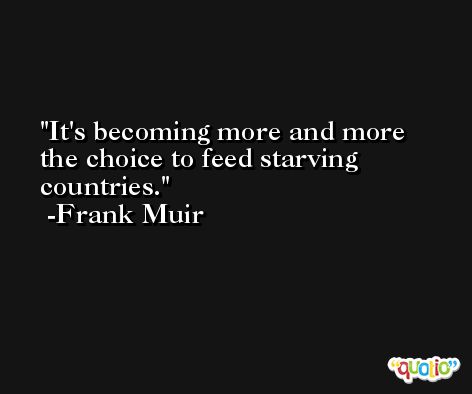 Some breakfast food manufacturer hit upon the simple notion of emptying out the leavings of carthorse nose bags, adding a few other things like unconsumed portions of chicken layer's mash, and the sweepings of racing stables, packing the mixture in little bags and selling them in health food shops.