"Frank Iero" is a musician who was the rhythm guitarist and backup singing/vocalist of the alternative rock band My Chemical Romance as well as the vocalist of the post-hardcore band Leathermouth and electronic-hardcore act Death Spells. He has a solo project titled FrnkIero AndThe Cellabration with an album titled Stomachaches (album)/ Stomachaches that was released on August 26, 2014. The first single off the album, called "Weighted", premiered on BBC Radio One on July 8, 2014.

If you enjoy these quotes, be sure to check out other famous musicians! More Frank Iero on Wikipedia.

If you don't listen, you're never gonna learn.

I would date Gerard. 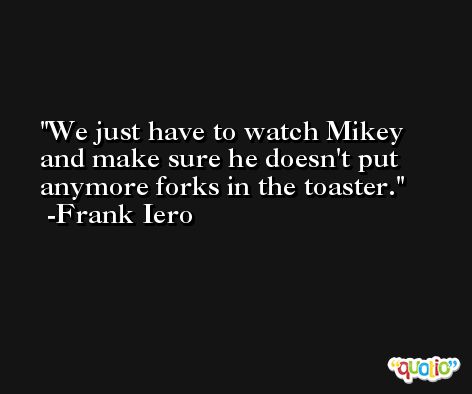 I can't imagine any other bands having better kids than ours, and if they do at least I know our kids can beat up their kids. 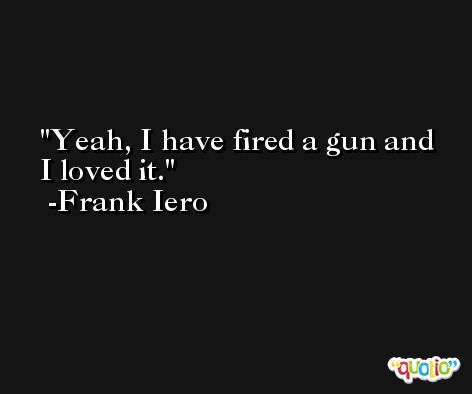 We actually wanted to do this in OUR church...but uh... we don't GO there anymore.... 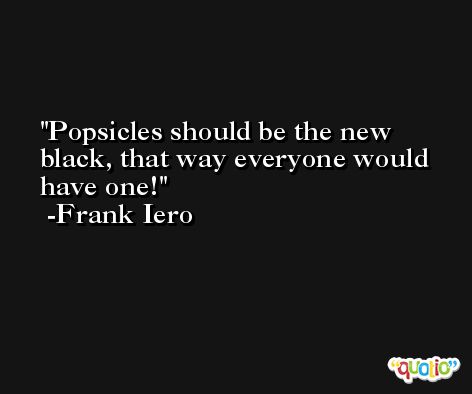