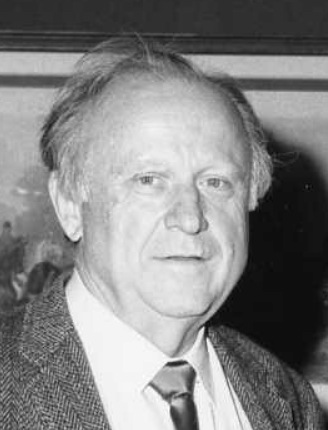 The Dune universe/Dune saga, set in the distant future and taking place over millennia, deals with complex themes such as human survival and evolution, ecology, and the intersection of religion, politics and power (sociology)/power. Dune itself is the "best-selling science fiction novel of all time" and the series is widely considered to be amongst the classics of the genre.

If you enjoy these quotes, be sure to check out other famous writers! More Frank Herbert on Wikipedia.

I must not fear. Fear is the mind-killer. Fear is the little-death that brings total obliteration. I will face my fear. I will permit it to pass over me and through me. And when it has gone past I will turn the inner eye to see its path. Where the fear has gone there will be nothing. Only I will remain.

There is no escape - we pay for the violence of our ancestors. 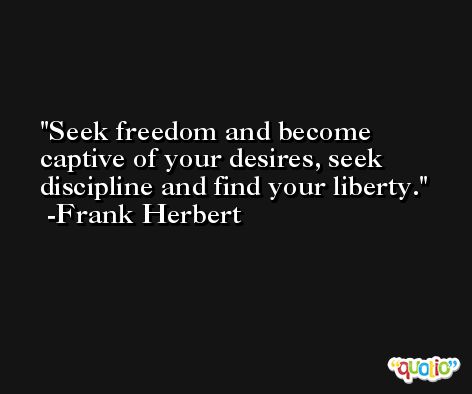 Without change, something sleeps inside us, and seldom awakens. The sleeper must awaken.

Think you of the fact that a deaf person cannot hear. Then, what deafness may we not all possess? What senses do we lack that we cannot see and cannot hear another world all around us? 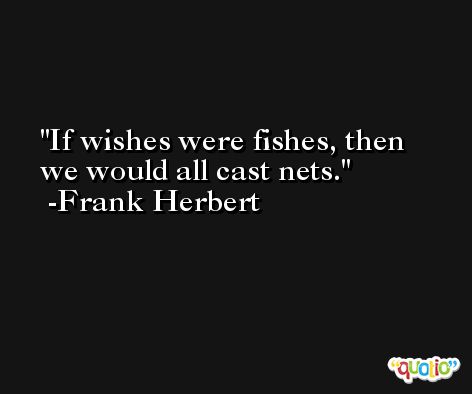 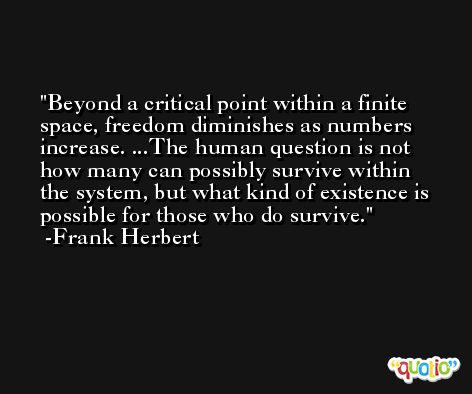 The people I distrust most are those who want to improve our lives but have only one course of action. 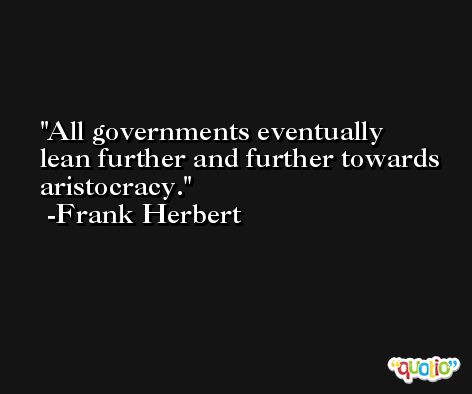 The mystery of life isn't a problem to solve, but a reality to experience.

Empires do not suffer emptiness of purpose at the time of their creation. It is when they have become established that aims are lost and replaces by vague ritual. 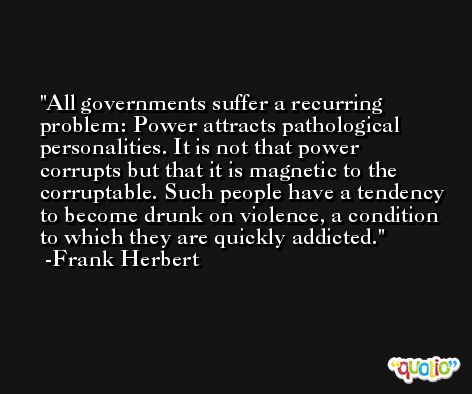 The concept of progress acts as a protective mechanism to shield us from the terrors of the future. 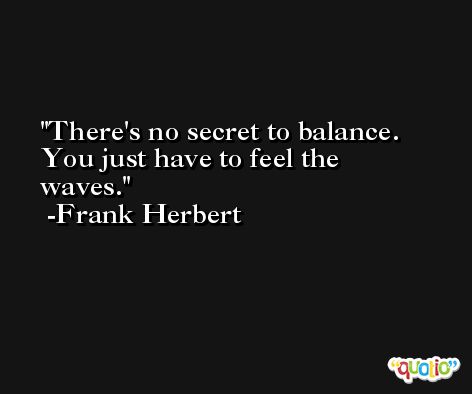 Truth is subject to too much analysis.

The difference between sentiment and being sentimental is the following: Sentiment is when a driver swerves out of the way to avoid hitting a rabbit on the road. Being sentimental is when the same driver, when swerving away from the rabbit, hits a pedestrian. 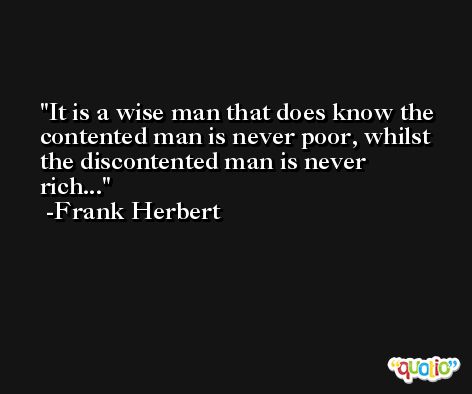 To endure oneself may be the hardest task in the universe. You cannot hire a wise man or any other intellect to solve it for you. There's no writ of inquest or calling of witness to provide answers. No servant or disciple can dress the wound. You dress it yourself or continue bleeding for all to see.

Absolute power is the power to destroy. 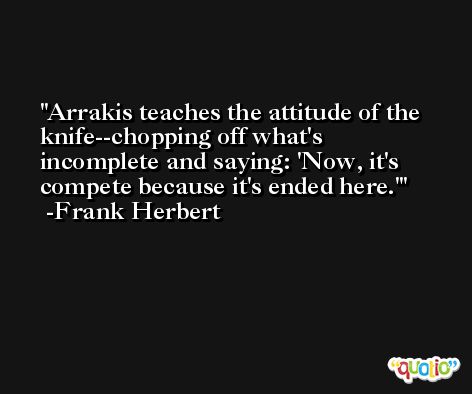 There is probably no more terrible instant of enlightenment than the one in which you discover your father is a man--with human flesh.

Kindness is the beginning of cruelty. Life cannot find reasons to sustain it, cannot be a source of decent natural regard, unless each of us resolves to breathe such qualities into it.

Peace for any prolonged period of time is impossible. Humans have a natural thirst for chaos and war is the most readily available form of chaos. 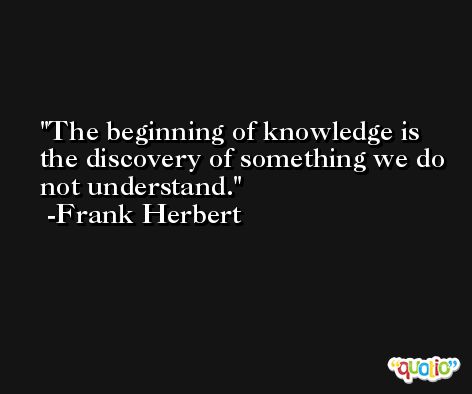