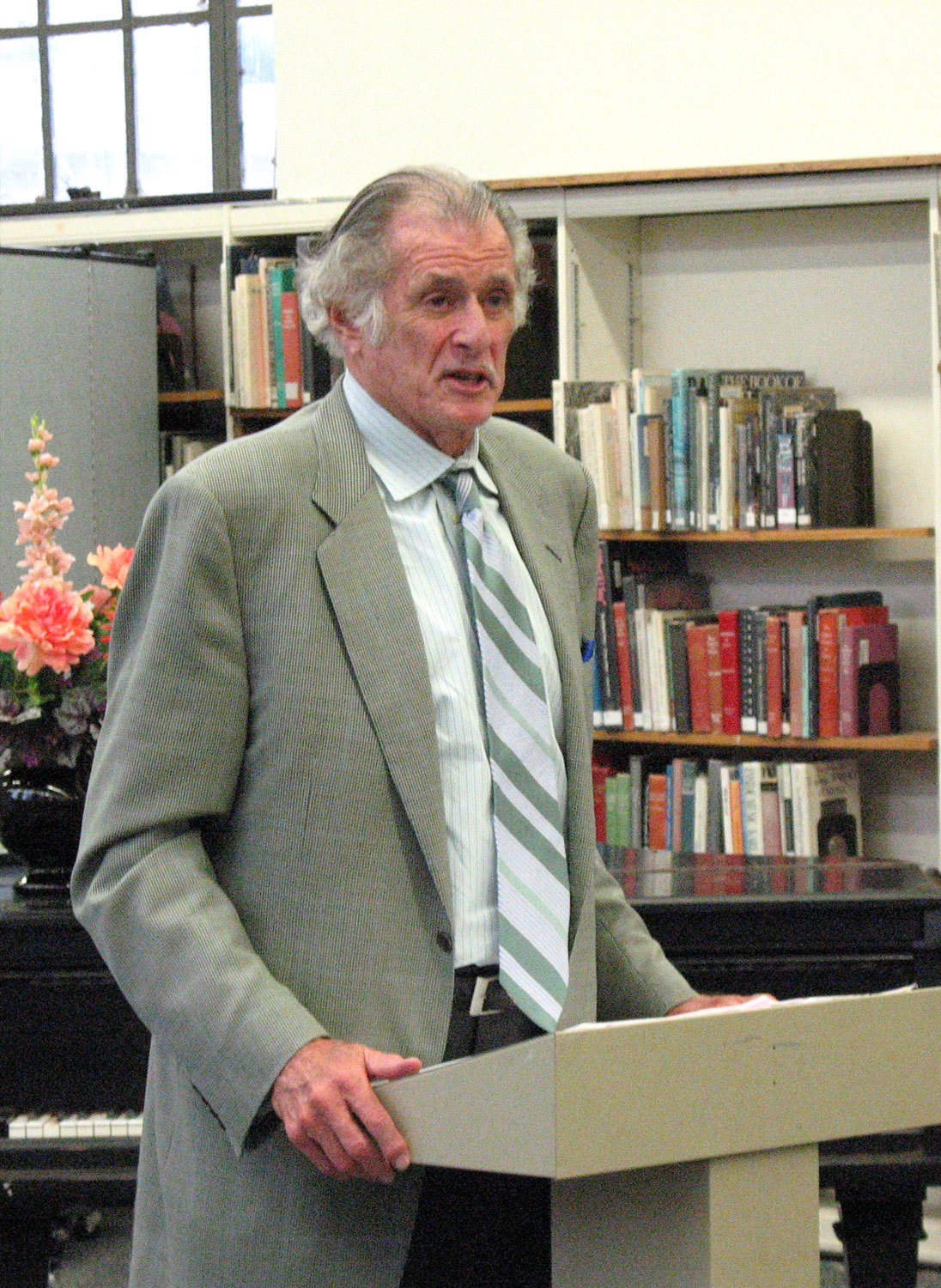 "Frank Deford" is an American sportswriter and novelist.

In addition to his 50-year tenure at Sports Illustrated, where he now holds the title of Senior Contributing Writer, Deford appears weekly on National Public Radio and as Senior Correspondent for Real Sports with Bryant Gumbel on HBO. He has written 18 books, nine of them novels. A member of the National Association of Sportscasters and Sportswriters Hall of Fame, Deford was six times voted Sportswriter of the Year by the members of that organization, and was twice voted Magazine Writer of the Year by the Washington Journalism Review.

In 2012 he became the first magazine recipient of the Red Smith Award. In 2013 he was presented with the William Allen White Citation for "excellence in journalism" by the University of Kansas and became the first sports journalist ever to receive the National Press Foundation's highest honor, the W.M. Kiplinger Award for Distinguished Contributions to Journalism. Deford's archives are held by the University of Texas, where an annual lecture is presented in his name. He is a long-time advocate for research and treatment of cystic fibrosis.

If you enjoy these quotes, be sure to check out other famous writers! More Frank Deford on Wikipedia.

That's what makes them so perfect -- they were two different sides of the same coin.

I do wish we wouldn't pander to the same audience over and over again. 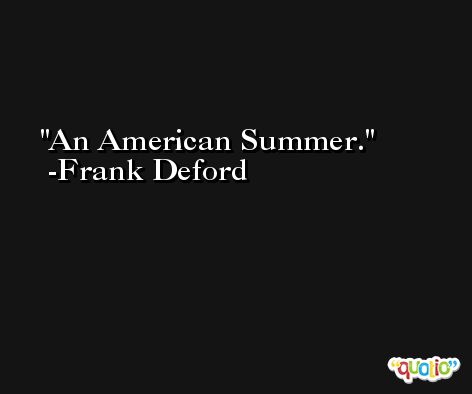 You can tell all you need to about a society from how it treats animals and beaches.

It almost seemed as if the Statue of Liberty had gone on tour, turning in her torch for a Yonex racket. 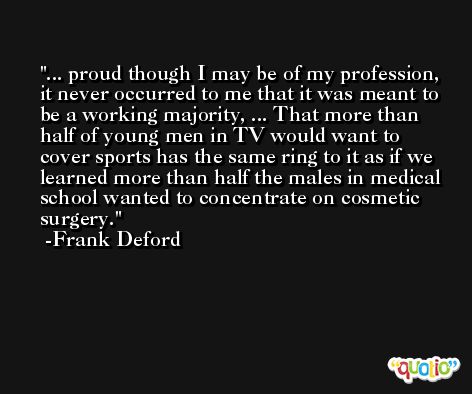 Instead, it's, 'Let's do Bill Parcells again.'

It's been a long time since I covered games. 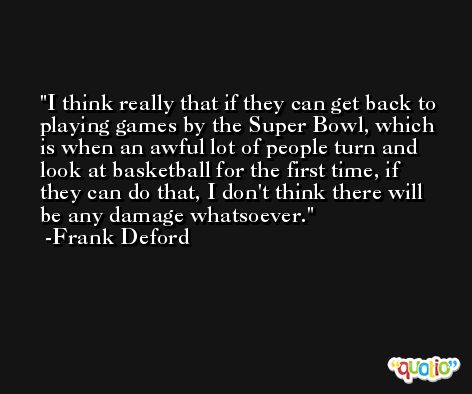 I believe that professional wrestling is clean and everything else in the world is fixed.