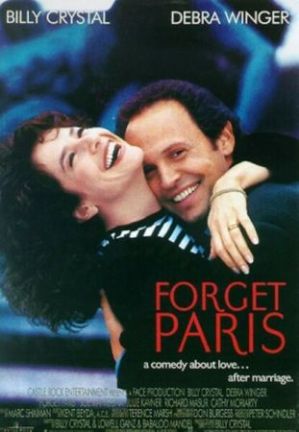 "Forget Paris" is a 1995 romantic comedy film produced, directed, co-written by and starring Billy Crystal as an National Basketball Association/NBA referee and Debra Winger as an independent working woman whose lives are interrupted by love and marriage.

Mickey: I am very impressed, you've got little kids over here, 2-3 years old, and they're already speaking French.

Mickey: Never say famous last words, because they could be. 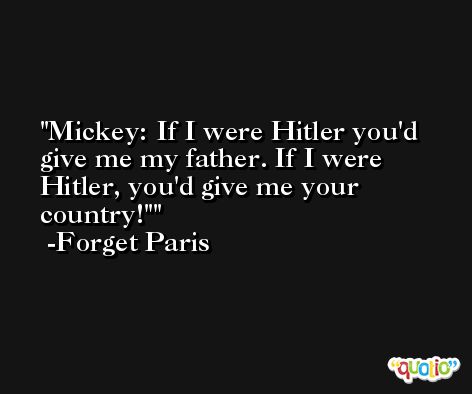 Mickey: You just had one of those 'I glued a bird to my head' days.