"Florence Virginia King" is an American novelist, essayist and columnist.

While her early writings focused on the Southern United States/American South and those who live there, much of King's later work has been published in National Review. Until her retirement in 2002, her column in National Review, "The Misanthrope's Corner", was known for "serving up a smorgasbord of curmudgeonly critiques about rubes and all else bothersome to the Queen of Mean", as the magazine put it. After leaving retirement in 2006, she began writing a new column for National Review entitled "The Bent Pin."

If you enjoy these quotes, be sure to check out other famous writers! More Florence King on Wikipedia.

Now the only thing I miss about sex is the cigarette afterward. Next to the first one in the morning, it's the best one of all. It tasted so good that even if I had been frigid I would have pretended otherwise just to be able to smoke it.

Golf is tiddlywinks played while standing up and and wearing a hat. 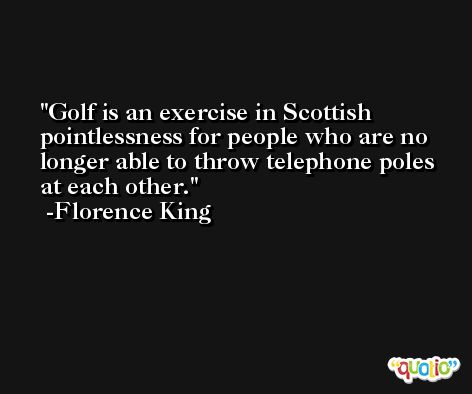 Chinks in America's egalitarian armor are not hard to find. Democracy is the fig leaf of elitism.

True nostalgia is an ephemeral composition of disjointed memories. 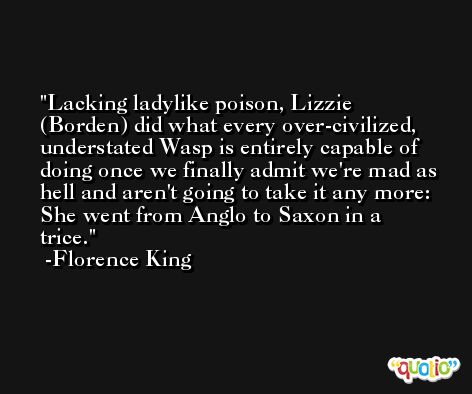 The witty woman is a tragic figure in American life. Wit destroys eroticism and eroticism destroys wit, so women must choose between taking lovers and taking no prisoners. 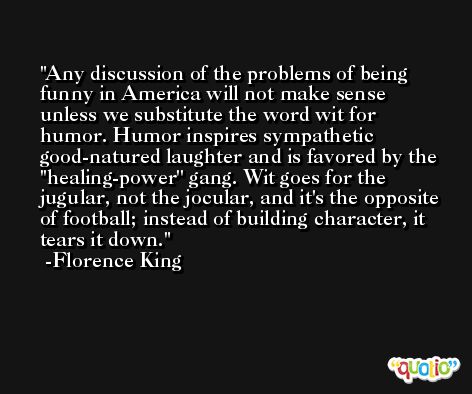