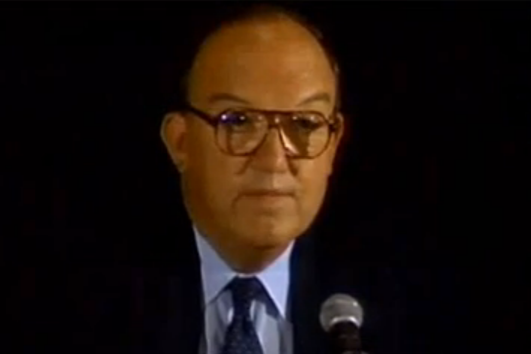 If you enjoy these quotes, be sure to check out other famous lawyers! More Fay Vincent on Wikipedia.

John is the hero. He did a great job. Now Rose admits John was correct.

I respect him because he's very bright. I think he's very committed to his franchises. 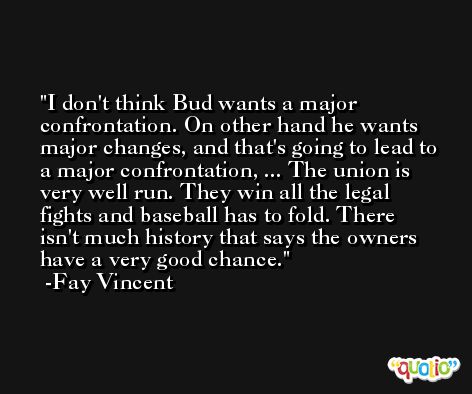 Records set now have to have some sort of a cloud and might be tainted by what [the players] have been taking, if they've in fact been taking it. But we don't know what they're taking. We still need a lot more facts.

Confronts his past with very little remorse. 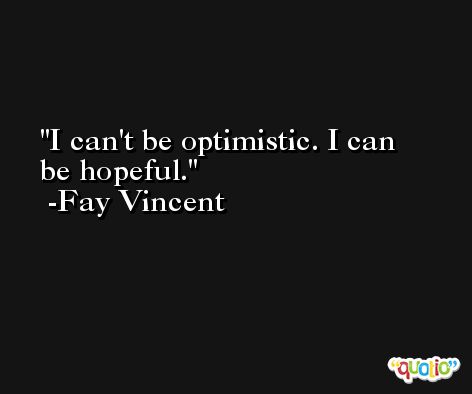