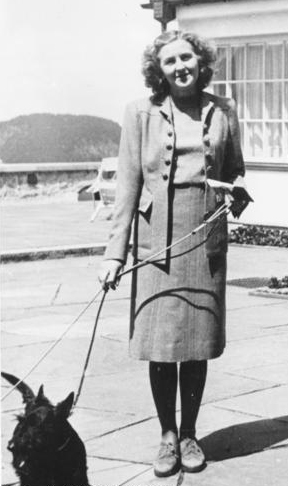 "Eva Anna Paula Hitler" was the longtime companion of Adolf Hitler and, for less than 40 hours, his wife. Braun met Hitler in Munich when she was 17 years old, while she was working as an assistant and model for his personal photographer, and began seeing him often about two years later. She attempted suicide twice during their early relationship. By 1936, she was a part of his household at the Berghof (Hitler)/Berghof near Berchtesgaden and lived a sheltered life throughout World War II. Braun was a photographer, and many of the surviving colour photographs and films of Hitler were taken by her. She was a key figure within Hitler's inner social circle, but did not attend public events with him until mid-1944, when her sister Gretl Braun/Gretl married Hermann Fegelein, the SS liaison officer on his staff.

I sat with him for three hours and we did not exchange a single word. At the end he handed me, as he had done before, an envelope with money in it. It would have been much nicer if he had enclosed a greeting or a loving word. I would have been so pleased if he had.

He has so often told me he is madly in love with me, but what does that mean when I haven't had a good word from him in three months? 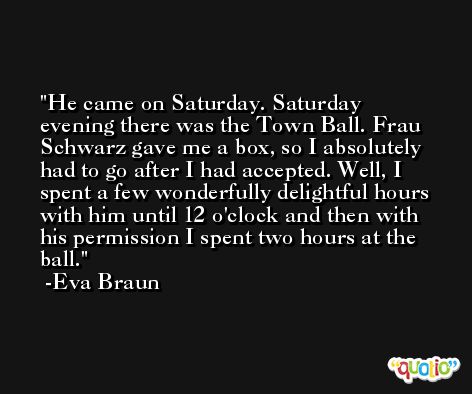 I am racking my brains to find out why he left without saying good-by to me.

I am so infinitely happy that he loves me so much, and I pray that it will always be like this. It won't be my fault if he ever stops loving me. 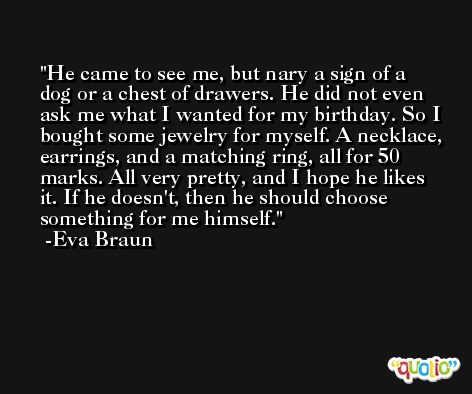 What is important is not to give up hope. I should have learned to be patient by now.

Today I bought two lottery tickets, because I had a feeling that it would be now or never - they were both blanks. So I am not going to be rich after all. Nothing at all to be done about it. 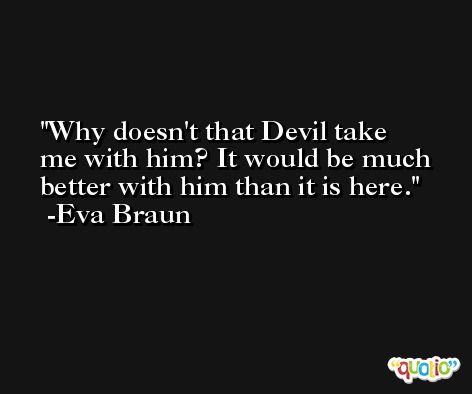