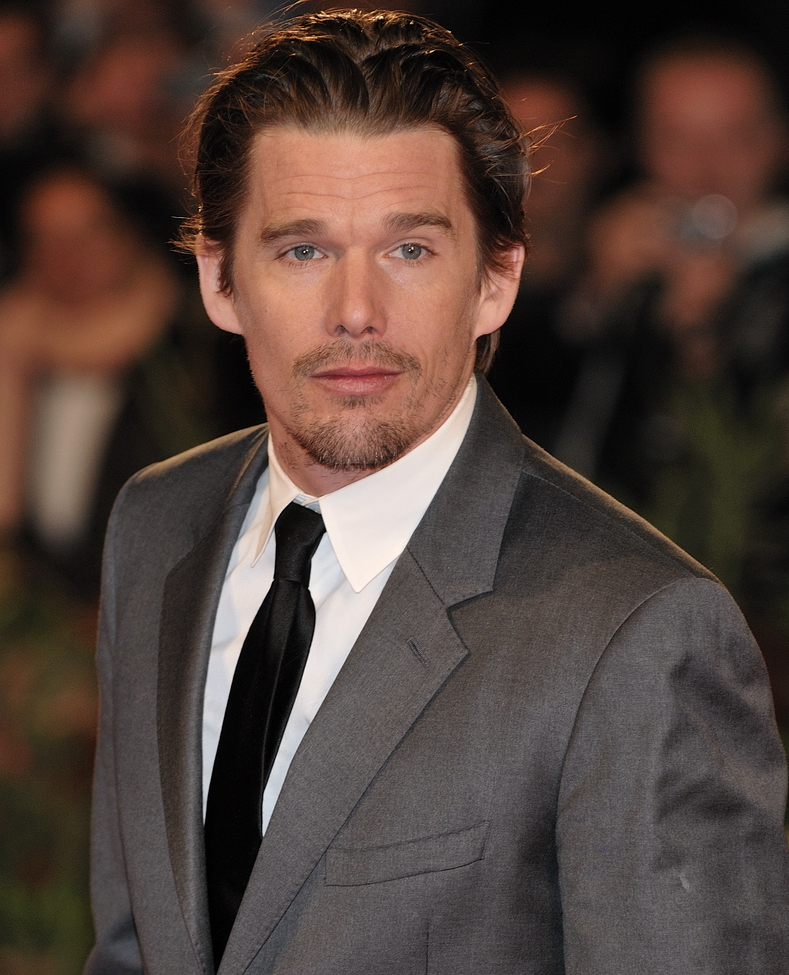 "Ethan Green Hawke" is an American actor, writer and director. He has been nominated for four Academy Awards, both as an actor and a writer, and a Tony Award. Hawke has directed two feature films, three Off-Broadway plays, and a documentary, and wrote the novels The Hottest State (1996) and Ash Wednesday (2002).

Hawke made his film debut in 1985 with the science fiction feature Explorers (film)/Explorers, before making a breakthrough appearance in the 1989 drama Dead Poets Society. He then appeared in numerous films before taking a role in the 1994 Generation X drama Reality Bites, for which he received critical praise. In 1995 he starred in the romantic drama Before Sunrise, and later in its sequels Before Sunset (2004) and Before Midnight (film)/Before Midnight (2013).

In 2001, Hawke played a young police officer in Training Day, for which he received Screen Actors Guild Award/Screen Actors Guild and Academy Award nominations in the Best Supporting Actor category. He also garnered two screenwriting Oscar nominations for co-writing the screenplays of Before Sunset and Before Midnight. In 2014, he played the father in the coming-of-age story/coming-of-age drama film Boyhood (film)/Boyhood, for which he received Oscar, Golden Globe, and SAG nominations.

If you enjoy these quotes, be sure to check out other famous actors! More Ethan Hawke on Wikipedia.

There's something at the root of our love-hate relationship with celebrity that I think has the makings, if you could do it in a really substantive way, of a great modern American novel. And it's something I know a lot about, and so I feel like that's the book that I should write.

My relationship to reality has been so utterly skewed for so long that I don't even notice it any more. It's just my reality. 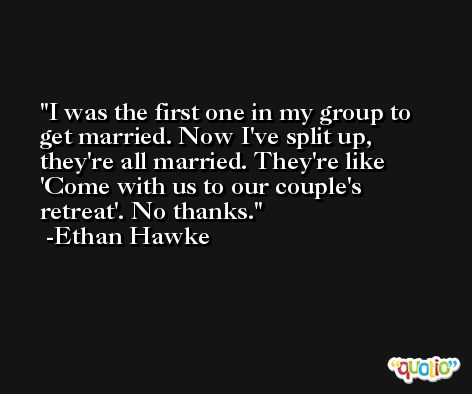 Memory is a wonderful thing if you don't have to deal with the past.

He was such a punk when he was a kid, ... It can be hard growing up in front of the public that way, and I always admire people who handle that with grace. 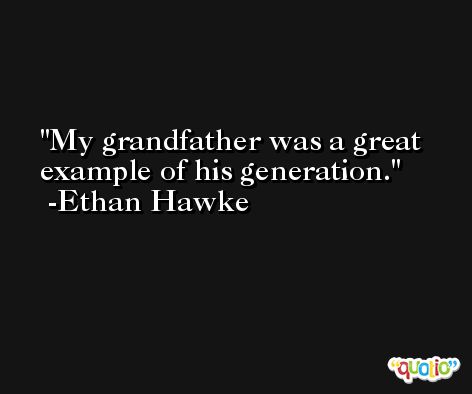 He enlisted and went on to fight in World War II and fight for civil rights at home, when he got back, ... He had a whole, rich life, full of passion and purpose. He died surrounded by a lot of people who loved him; it's pretty much a straight-up American dream.

There are a great many people that see independent film as a stepping stone to some kind of grand idea of some very large accomplishment, ... And there are some that see independent film as accomplishment enough, of pushing forward thought and telling stories that are hard to get told, pushing the medium forward, and John ... has been that for me and a lot of other people, I know. 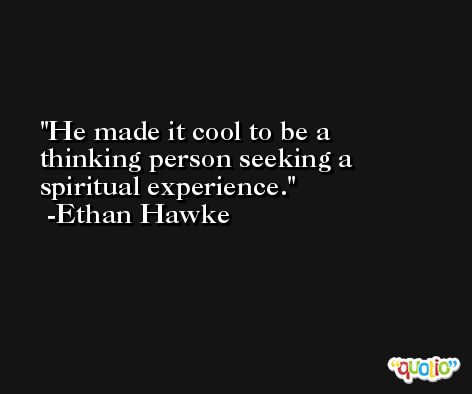