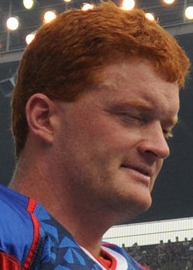 "Lawrence Ethan Albright" is a former American football long snapper. He was signed by the Miami Dolphins as an undrafted free agent in 1995. He played college football at North Carolina Tar Heels football/North Carolina. He is known mainly as a long snapper. He is also known by the nickname "The Red Snapper" due to his specialty position combined with his bright red hair.

Albright has been a member of the Miami Dolphins, Green Bay Packers, Buffalo Bills, Washington Redskins, and San Diego Chargers.

My brother wouldn't let me just throw it back to him. He taught me how to long snap, and he told me I had to snap the ball back to him every time.

I was the running joke in Miami, they were cutting me and recalling me so many times. I had six or seven termination letters, and there were guys who felt so bad for me they were picking my luggage up for me and putting it in my locker each time. 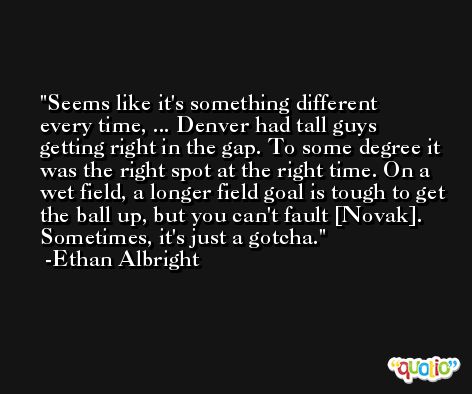 The bottom line on this job is easy, ... If I do it right this Sunday, they'll let me come back and do it again next Sunday.

You know, it would have been harder on me had those guys been 10-year vets, ... But they are so young, I just told them that, 'Here's how I snap it and that's where I'm going to keep snapping it.' I pulled rank on them. 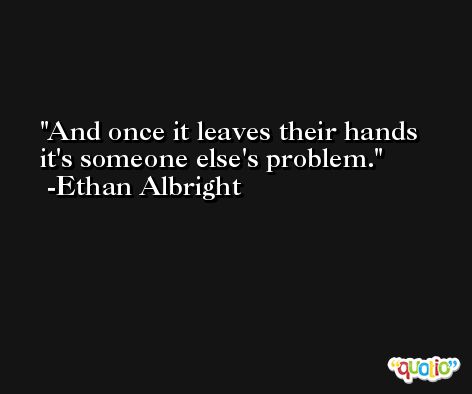 In 12 years of playing, I've never been on a team that won a playoff game. That was awesome. They were singing the fight song. Cars were lined up in the grass out there. There must have been a thousand people around.