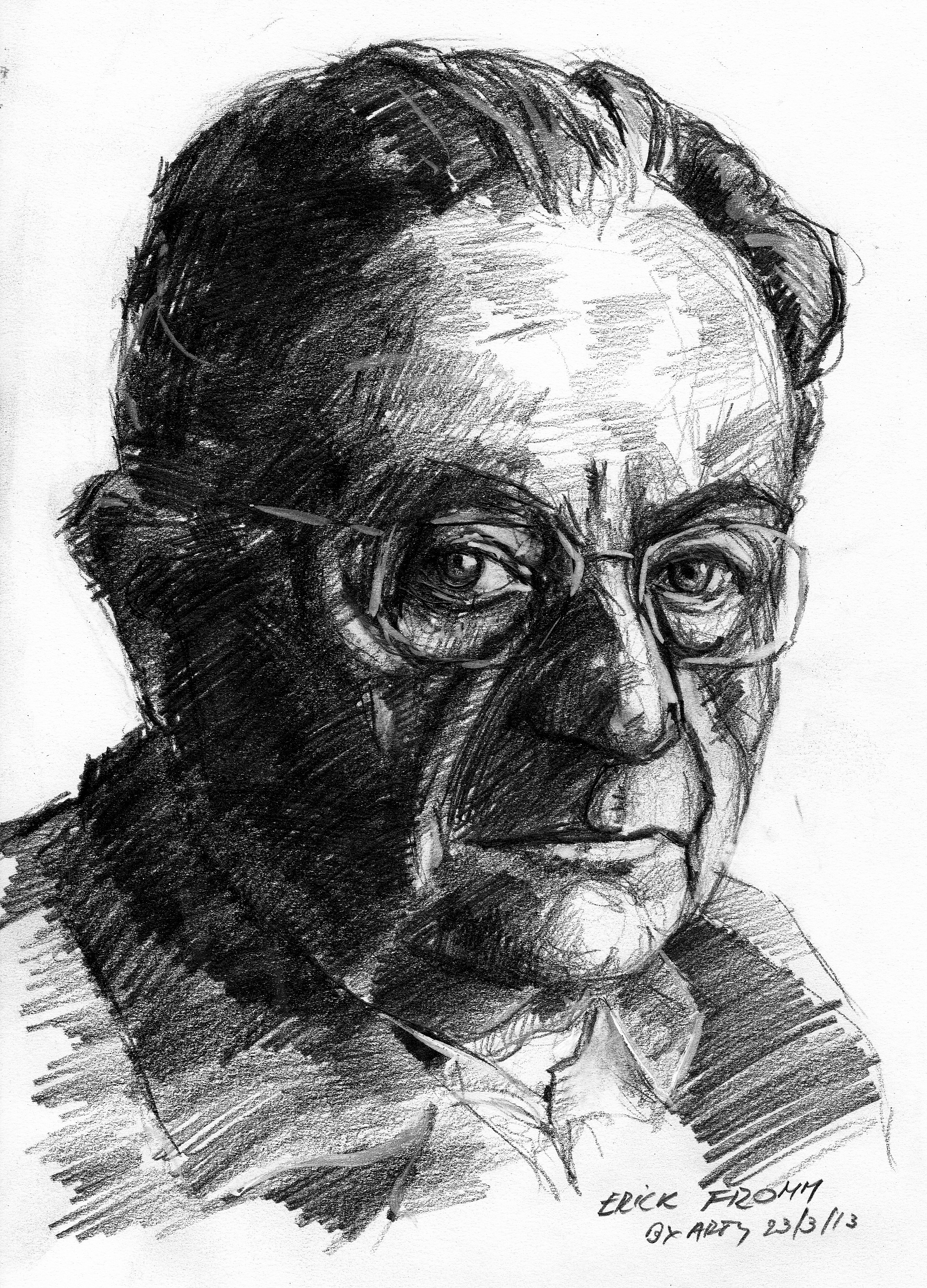 "Erich Seligmann Fromm" was a Germans/German social psychologist, psychoanalyst, sociologist, humanism/humanistic philosopher, and democratic socialist. He was associated with what became known as the Frankfurt School of critical theory.Funk, Rainer. Erich Fromm: His Life and Ideas. Translators Ian Portman, Manuela Kunkel. New York: Continuum International Publishing Group, 2003. ISBN 0-8264-1519-9, ISBN 978-0-8264-1519-6. [http://books.google.com/books?id=9g_DMoBDpw8C&pg=PA13 p. 13]:"For a second name he was given that of his grandfather on his father's side–Seligmann Pinchas Fromm, although the registry office in Frankfurt does not record him as Erich Pinchas Fromm, but as Erich Seligmann Fromm. Also his parents addressed his mail to 'Erich S. Fromm.'"

If you enjoy these quotes, be sure to check out other famous psychologists! More Erich Fromm on Wikipedia.

Love is union with somebody, or something, outside oneself, under the condition of retaining the separateness and integrity of one's own self.

Man's main task in life is to give birth to himself, to become what he potentially is. 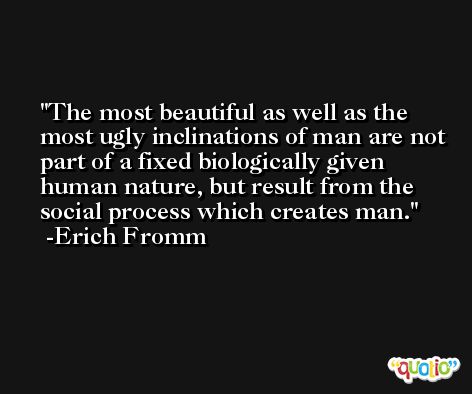 Man's main task is to give birth to himself.

That man can destroy life is just as miraculous a feat as that he can create it, for life is the miracle, the inexplicable. In the act of destruction, man sets himself above life; he transcends himself as a creature. Thus, the ultimate choice for a man, inasmuch as he is driven to transcend himself, is to create or to destroy, to love or to hate. 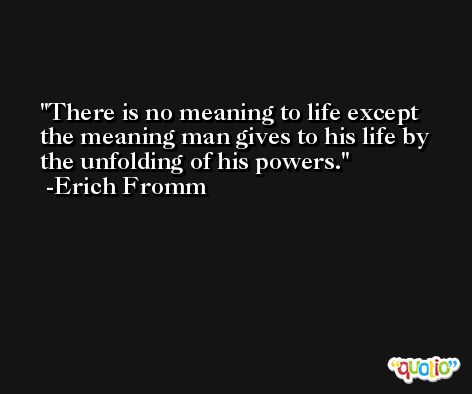 The successful revolutionary is a statesman, the unsuccessful one a criminal. 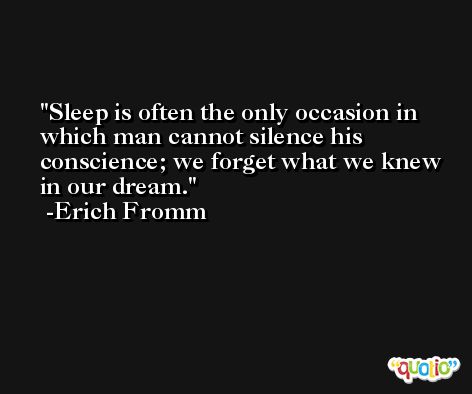 Man is the only animal for whom his own existence is a problem which he has to solve.

Only the person who has faith in himself is able to be faithful to others. 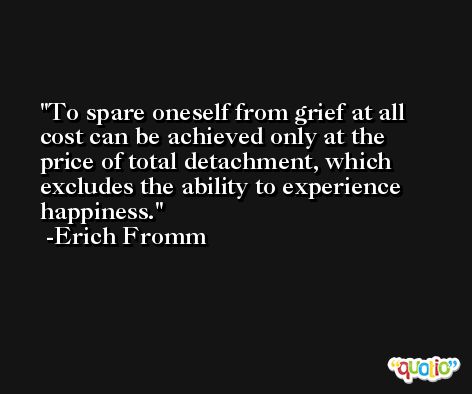 Love is not primarily a relationship to a specific person; it is an attitude, an ordination of character which determines the relatedness of the person to the whole world as a whole, not toward one object of love. 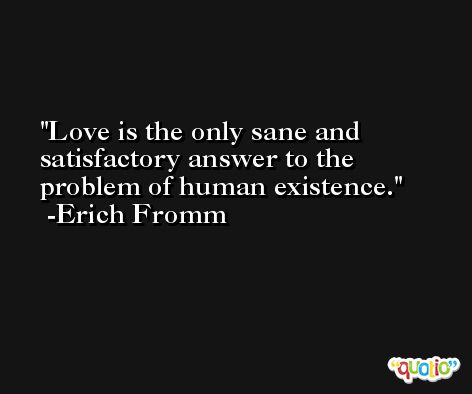 Love means to commit oneself without guarantee, to give oneself completely in the hope that our love will produce love in the loved person. Love is an act of faith, and whoever is of little faith is also of little love.

There can be no real freedom without the freedom to fail.

There is only one meaning of life: the act of living itself.