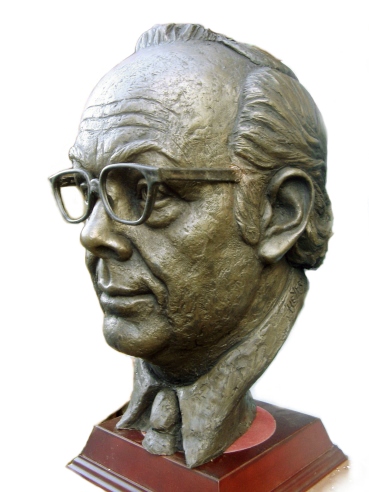 "John Eric Bartholomew", Order of the British Empire/OBE, known by his stage name "Eric Morecambe", was an English comedian who together with Ernie Wise formed the award-winning double act Morecambe and Wise. The partnership lasted from 1941 until Morecambe's death in 1984. Morecambe took his stage name from his home town, the seaside resort of Morecambe.

He was the co-star of the television series The Morecambe & Wise Show, which for some of its Christmas episodes gained UK viewing figures of over twenty-eight million people. In 2002 he was named one of the 100 Greatest Britons in a BBC poll.

If you enjoy these quotes, be sure to check out other famous comedians! More Eric Morecambe on Wikipedia.

I never saw him blow a sketch. But he was quite self-contained. It was hard to write collaboratively with him. You'd write a piece and he would change it to what he knew he could do brilliantly. He was modest, never ambitious or pushy, but he knew what he did well.

I am playing all the right notes, but not necessarily in the right order. 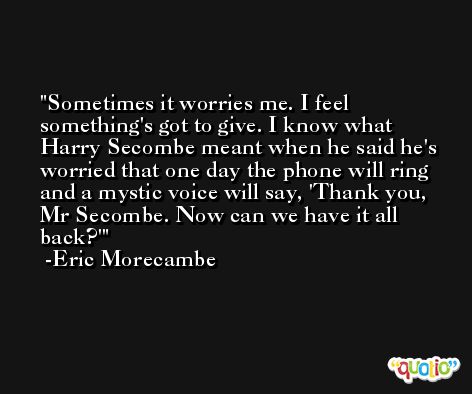 Ralph looked down at 10 pounds of extra him that wasn't there last Christmas. In five months he had put on all this weight.