"Eric Hoffer" was an American Ethics/moral and social philosopher. He was the author of ten books and was awarded the Presidential Medal of Freedom in February 1983. His first book, The True Believer (1951), was widely recognized as a classic, receiving critical acclaim from both scholars and laymen, although Hoffer believed that The Ordeal of Change was his finest work.

If you enjoy these quotes, be sure to check out other famous writers! More Eric Hoffer on Wikipedia.

Rudeness is the weak man's imitation of strength.

No one is truly literate who cannot read his own heart. 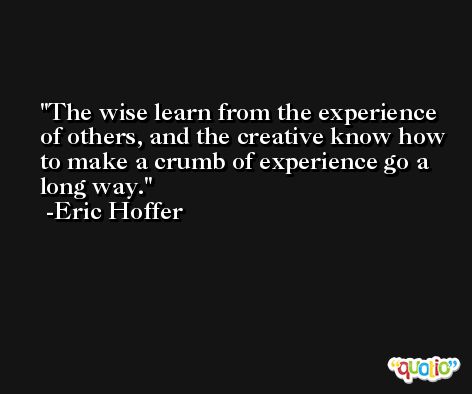 Our achievements speak for themselves. What we have to keep track of are our failures, discouragements and doubts. We tend to forget the past difficulties, the many false starts, and the painful groping. We see our past achievements as the end results of a clean forward thrust, and our present difficulties as signs of decline and decay.

There are no chaste minds. Minds copulate wherever they meet. 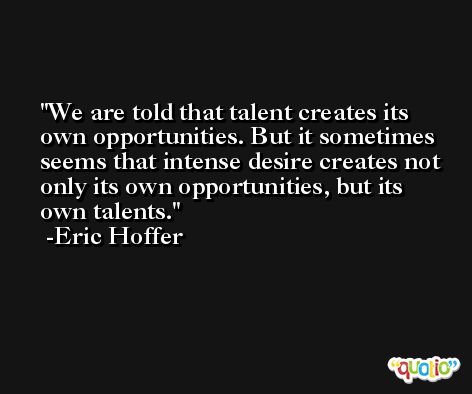 We have rudiments of reverence for the human body, but we consider as nothing the rape of the human mind.

The opposite of the religious fanatic is not the fanatical atheist but the gentle cynic who cares not whether there is a god or not. 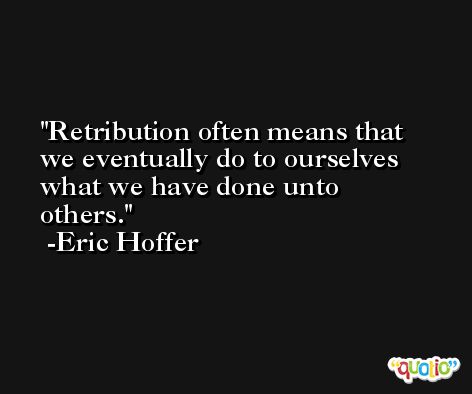 The uncompromising attitude is more indicative of an inner uncertainty than a deep conviction. The implacable stand is directed more against the doubt within than the assailant without.

To know a person's religion we need not listen to his profession of faith but must find his brand of intolerance. 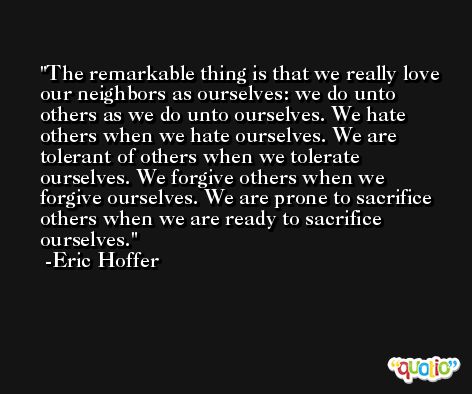 The poor on the borderline of starvation live purposeful lives. To be engaged in a desperate struggle for food and shelter is to be wholly free from a sense of futility.

Propaganda does not deceive people; it merely helps them to deceive themselves. 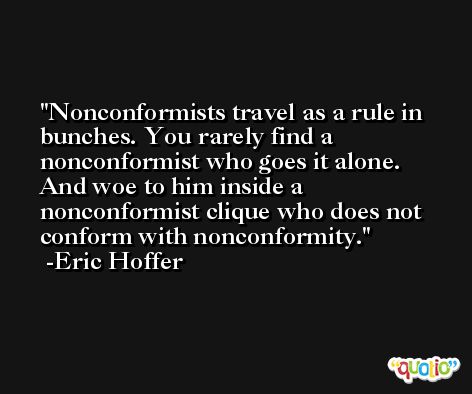 When people are free to do as they please, they usually imitate each other.

We lie the loudest when we lie to ourselves. 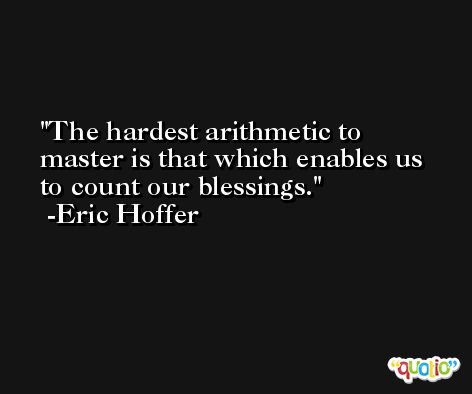 To grow old is to grow common. Old age equalizes - we are aware that what is happening to us has happened to untold numbers from the beginning of time. When we are young we act as if we were the first young people in the world.

In a time of drastic change it is the learners who inherit the future. The learned usually find themselves equipped to live in a world that no longer exists. 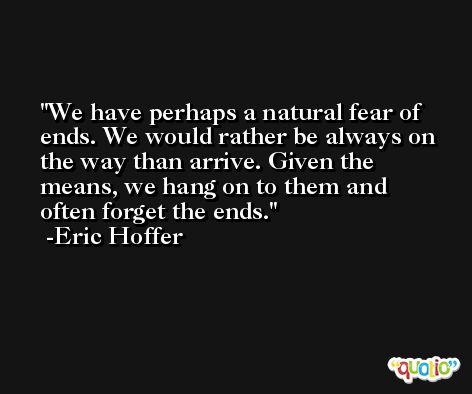 We often use strong language not to express a powerful emotion but to evoke it in us.

We are more ready to try the untried when what we do is inconsequential. Hence the fact that many inventions had their birth as toys. 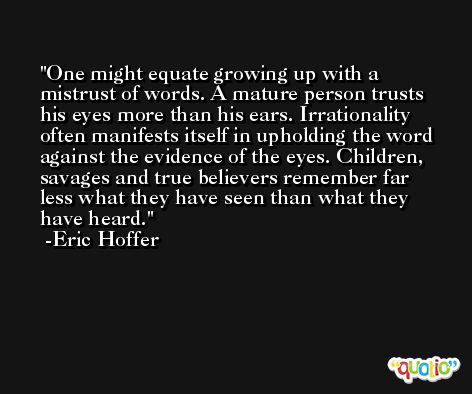 In times of change, learners inherit the Earth, while the learned find themselves beautifully equipped to deal with a world that no longer exists.

We find it hard to apply the knowledge of ourselves to our judgment of others. The fact that we are never of one kind, that we never love without reservations and never hate with all our being cannot prevent us from seeing others as wholly black or white. 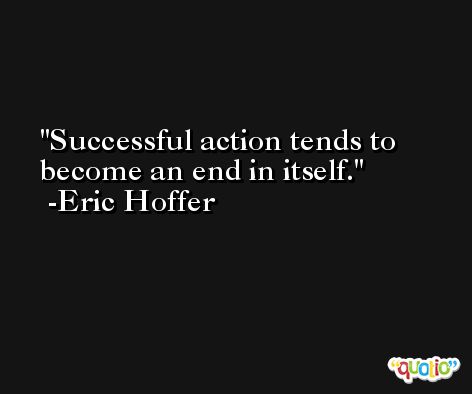 Take man's most fantastic invention- God. Man invents God in the image of his longings, in the image of what he wants to be, then proceeds to imitate that image, vie with it, and strive to overcome it. 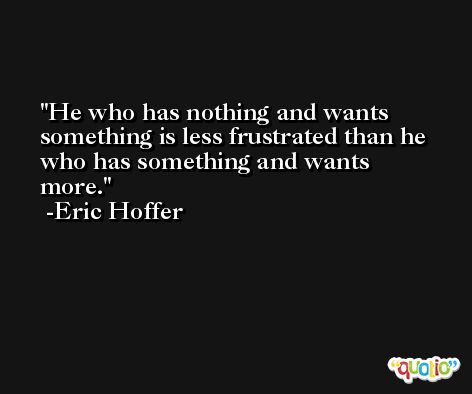