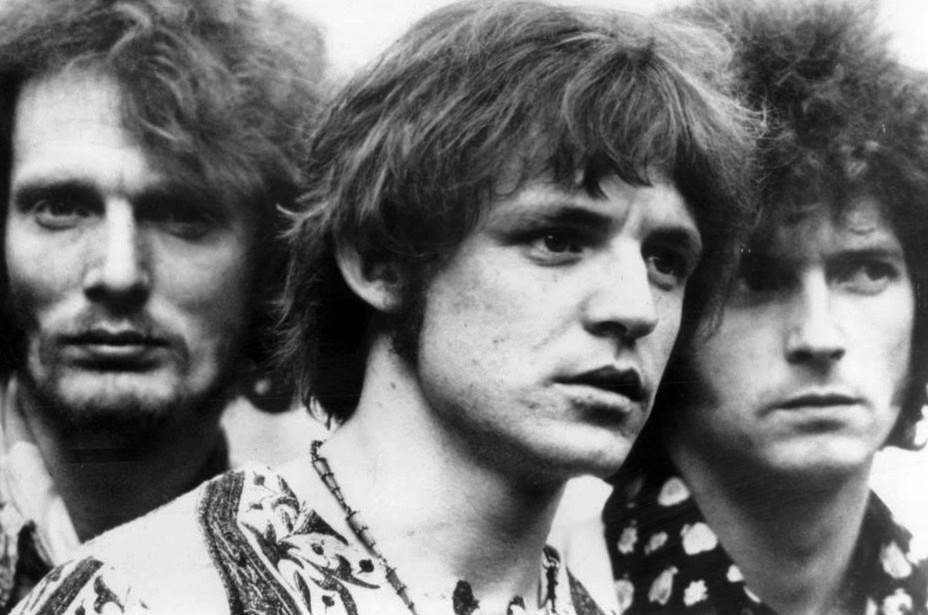 "Eric Patrick Clapton", , is an English people/English musician, singer-songwriter and guitarist. He is the only List of Rock and Roll Hall of Fame inductees#Multiple inductees/three-time inductee to the Rock and Roll Hall of Fame: once as a solo artist and separately as a member of the Yardbirds and Cream (band)/Cream. Clapton has been referred to as one of the most important and influential guitarists of all time. Clapton List of guitarists considered the greatest/ranked second in Rolling Stone (magazine)/Rolling Stone magazine's list of the "Top 100 Greatest Guitar Players of all Time/100 Greatest Guitarists of All Time" and fourth in Gibson Guitar Corporation/Gibson's "Top 50 Guitarists of All Time". He was also named number five in Time (magazine)/Time magazine's list of "The 10 Best Electric Guitar Players" in 2009

If you enjoy these quotes, be sure to check out other famous musicians! More Eric Clapton on Wikipedia.

Let's make the best of the situation / Before I finally go insane. / Please don't say we'll never find a way / And tell me all my love's in vain.

It's very hard, so I try and make it as engaging as it can be. But you have to face the fact that, no matter how good it is, you can only hold their attention for a little while. 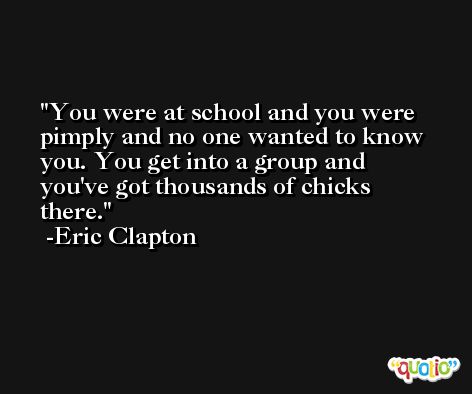 I just think I'm OK, ... The object of most of my work has been to raise it above my standard. And so, you know, I never think I'll be as good as the people I look up to.

It's been up to me to inspire me. 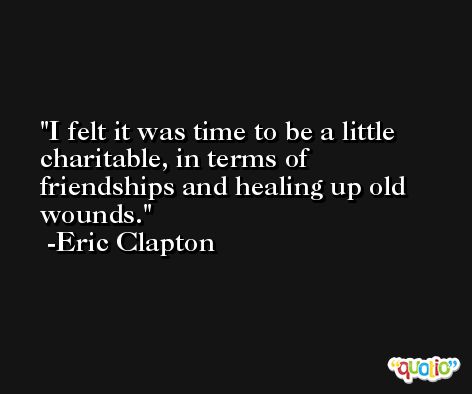 I think it`s just my state of mind, probably, as much as anything else.

Mine's as good as his! Love, Pete. 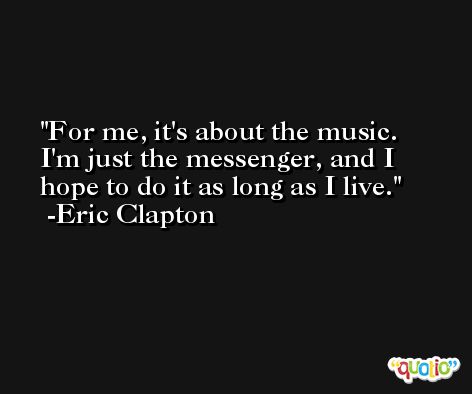