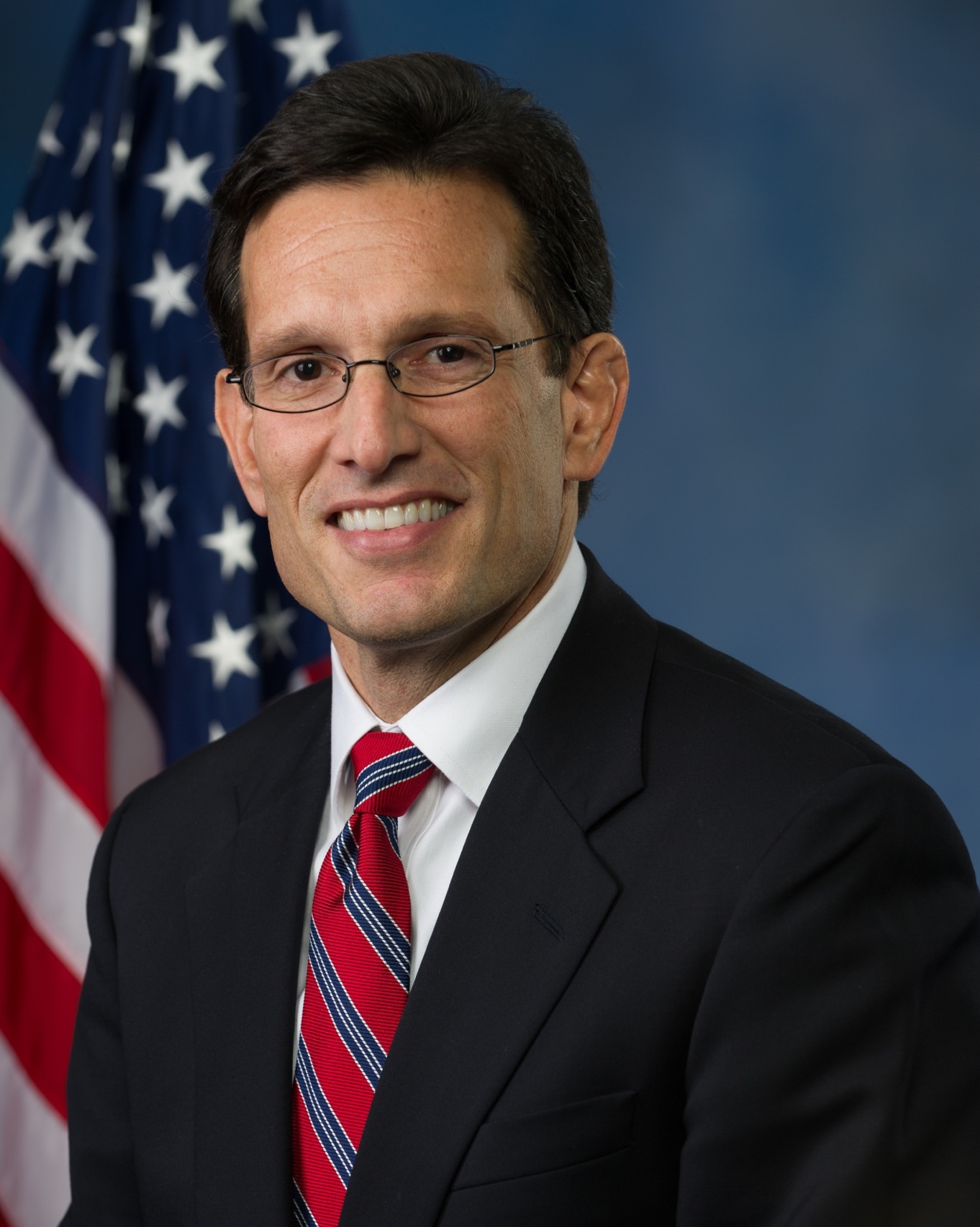 His district included most of the northern and western sections of Richmond, Virginia/Richmond, along with most of Richmond's western suburbs and portions of the Shenandoah Valley. Cantor is the highest-ranking Jewish member of U.S. Congress/Congress in its history, and at the time of his resignation, the only non-Christian Republican in either house.

If you enjoy these quotes, be sure to check out other famous politicians! More Eric Cantor on Wikipedia.

As far as further steps toward solvency, the question is, how much further action are we going to see in the Senate?

[Rep. Eric Cantor, the 7th District Republican whose district includes parts of Spotsylvania and Caroline counties, said a Homeland Security move to the Old Dominion would be] great news for Virginia. ... the best location for the DHS to help protect the safety of all Americans. 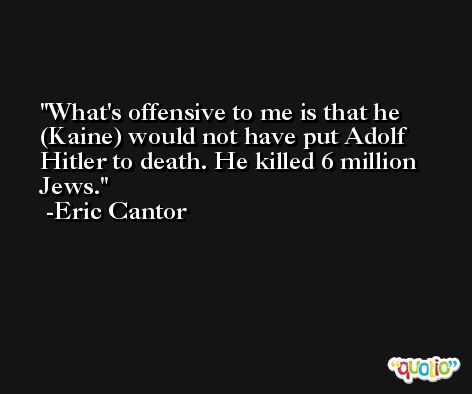 He simply could have said, `Yes, I could have sentenced or upheld a judge's sentence to put Hitler to death.' Instead he said it was up to God to decide.

If you couple that with the fact that we are seeing record profits by the oil companies, ... there are questions being raised by our constituents across America wondering how such a situation could exist. 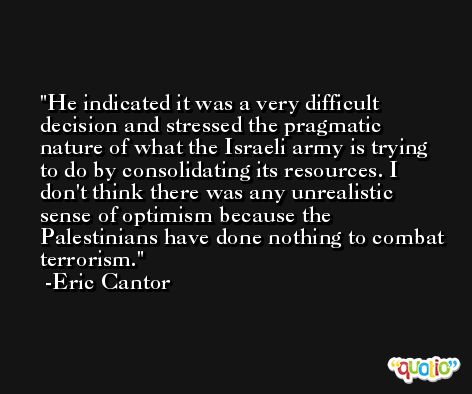