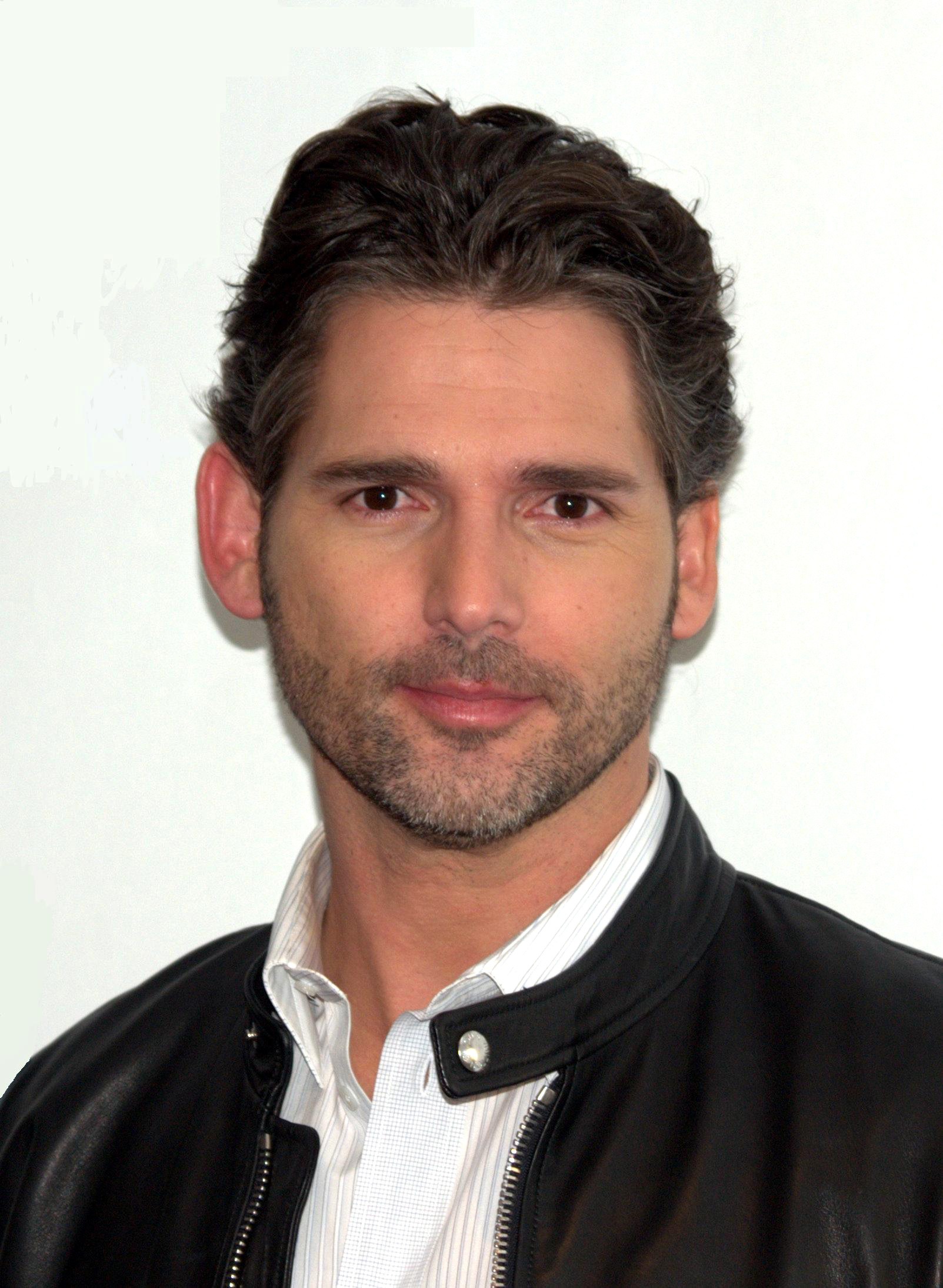 "Eric Bana" is an Australian actor. He began his career as a comedian in the sketch comedy series Full Frontal (TV series)/Full Frontal before gaining critical recognition in the biographical crime film Chopper (film)/Chopper (2000). After a decade of roles in Australian TV shows and films, Bana gained Cinema of the United States/Hollywood's attention for his performance in the war film Black Hawk Down (film)/Black Hawk Down (2001) and by playing the lead role as Hulk (comics)/Hulk/Bruce Banner in the Ang Lee-directed Marvel Comics film Hulk (film)/Hulk (2003) with Jennifer Connelly. He has since played Hector in the movie Troy (film)/Troy (2004), the lead in Steven Spielberg's historical drama and political thriller Munich (film)/Munich (2005), and the villain Captain Nero/Nero in the science-fiction film Star Trek (film)/Star Trek (2009). In 2013, he played Lt. Cmdr. Erik S. Kristensen in the war film Lone Survivor (film)/Lone Survivor and in the following year he played police sergeant Ralph Sarchie in the horror film Deliver Us from Evil (2014 film)/Deliver Us from Evil.

If you enjoy these quotes, be sure to check out other famous actors! More Eric Bana on Wikipedia.

Shooting Hulk was very small scale for me because I wasn't involved in the CGI stuff. 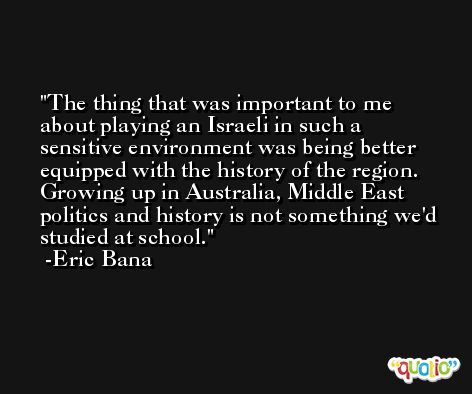 He was very generous to me. It was extremely beneficial because you can always learn some things that are not on the page or not expressed - things that he might say, or things that he might not say. It all sits in your subconscious and affects the character in the end. So being able to meet with him was very, very interesting.

We shot that in Morocco, and got out of the country at the beginning of July - and two months later came the attack on Twin Towers. The movie was then released in December, so that kind of atmosphere is not something that was unfamiliar to me. 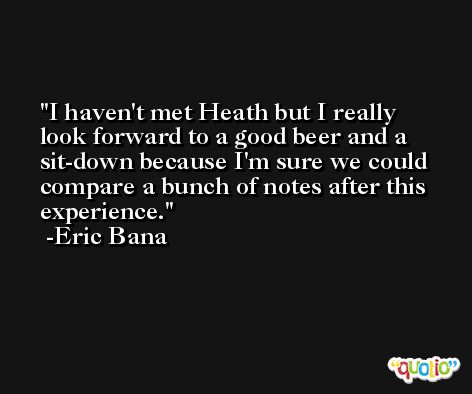 I'll make time for the shoes.

I race historic muscle cars back in Australia, and that's my hobby. And I try to race home as soon as I've finished aa movie but don't tell anyone. 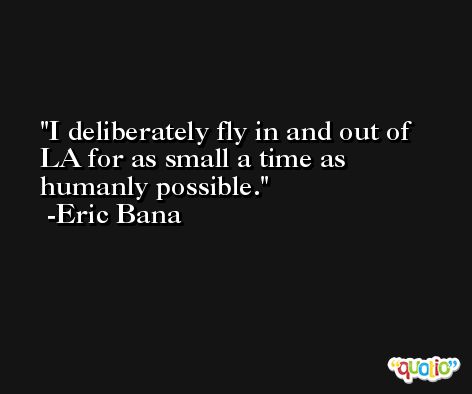