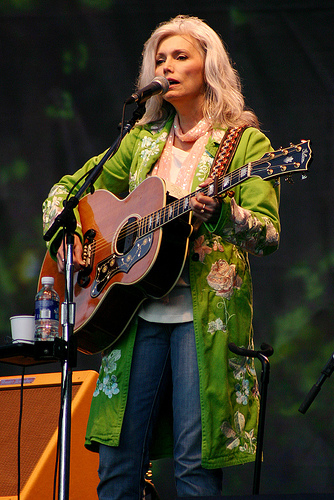 "Emmylou Harris" is an American singer and songwriter. She has released many popular albums and singles over the course of her career, and has now won 13 Grammy award/Grammys – as of 2014 – as well as numerous other awards.

If you enjoy these quotes, be sure to check out other famous musicians! More Emmylou Harris on Wikipedia.

As citizens we have to be more thoughtful and more educated and more informed. I turn on the TV and I see these grown people screaming at each other, and I think, well, if we don't get our civility back, we're in trouble.

With the Constitution they set something in motion that is a pretty extraordinary document and a recipe for the way you would want people to live. 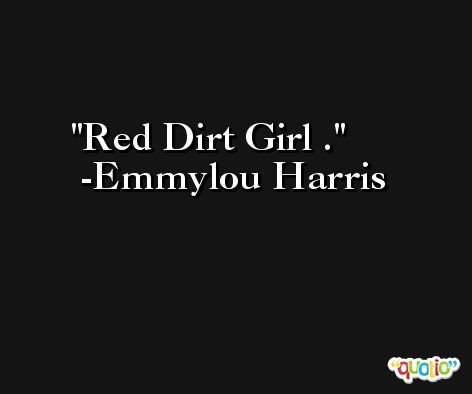 In a town of writers, he really is our poet laureate.

I called Linda and told her that Dolly was coming over. This one evening, there was no particular reason for it. 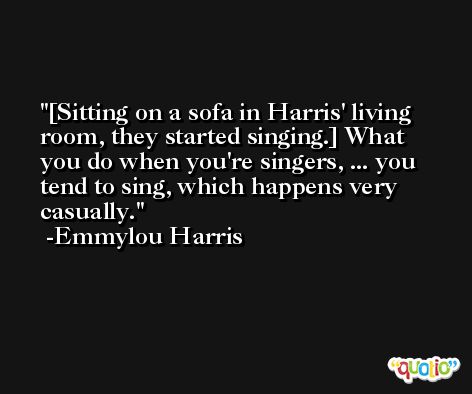 He's my man and I've been doing him wrong/And I'm praying for the strength not to carry on.

I just adore him, ... He follows his heart. He must be pretty smart in business. He loves his life and that's a wonderful thing to see. So many people are the beneficiaries of his passion, his love for this music. I don't think there's another festival like this in the world. 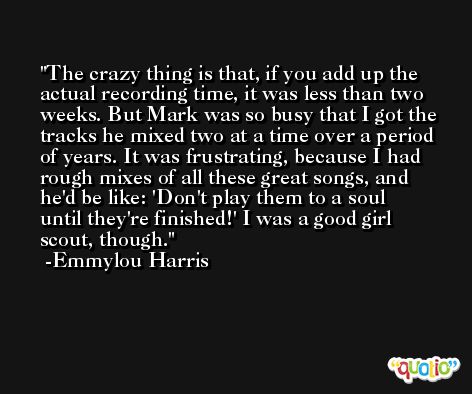