"Emma Goldman" was an anarchism/anarchist known for her political activism, writing, and speeches. She played a pivotal role in the development of anarchist political philosophy in North America and Europe in the first half of the 20th century.

Born in Kovno in the Russian Empire (present-day Kaunas, Lithuania), Goldman emigrated to the US in 1885 and lived in New York City, where she joined the burgeoning anarchist movement in 1889. Attracted to anarchism after the Haymarket affair, Goldman became a writer and a renowned lecturer on anarchist philosophy, women's rights, and social issues, attracting crowds of thousands. She and anarchist writer Alexander Berkman, her lover and lifelong friend, planned to assassinate industrialist and financier Henry Clay Frick as an act of propaganda of the deed. Although Frick survived the attempt on his life, Berkman was sentenced to 22 years in prison. Goldman was imprisoned several times in the years that followed, for "inciting to riot" and illegally distributing information about birth control. In 1906, Goldman founded the anarchist journal Mother Earth (magazine)/Mother Earth.

If you enjoy these quotes, be sure to check out other famous activists! More Emma Goldman on Wikipedia.

Someone has said that it requires less mental effort to condemn than to think.

The free expression of the hopes and aspirations of a people is the greatest and only safety in a sane society. 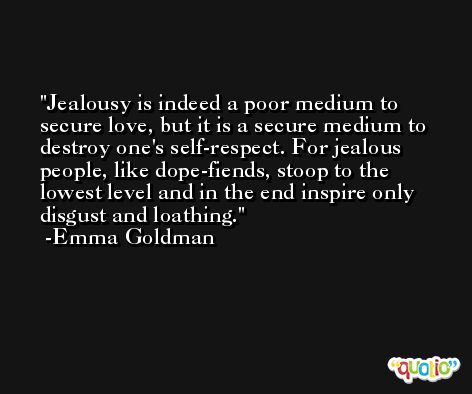 The motto should not be: Forgive one another; rather, Understand one another.

The higher mental development of woman, the less possible it is for her to meet a congenial male who will see in her, not only sex, but also the human being, the friend, the comrade and strong individuality, who cannot and ought not lose a single trait of her character. 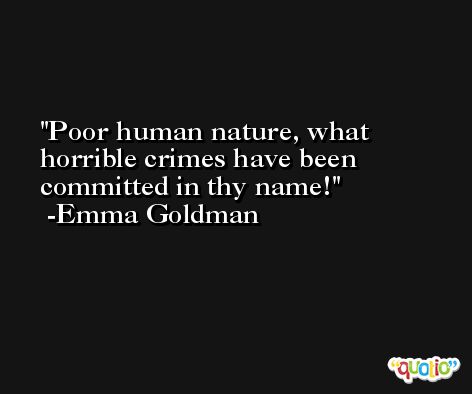 If I can't dance - I don't want to be part of your revolution.

Women need not always keep their mouths shut and their wombs open. 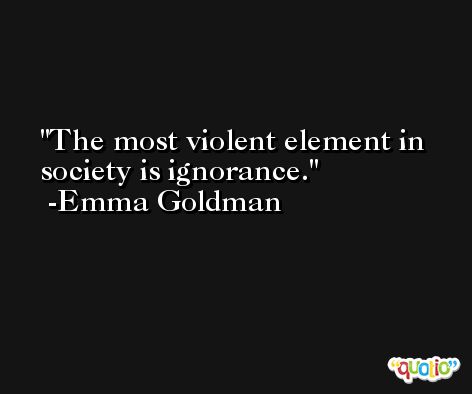 Crime is naught but misdirected energy.